Back in 1985 Peter Vidmar, Olympic gymnast, spoke to a group of young men about what it takes to be an Olympic athlete and how those same principles could help in their lives too. You can read the full talk here, and I recommend it.

As a writer, you won't be surprised to read how athletic training relates to writing--but it doesn't hurt to be reminded from time to time.

"The athlete with the greatest desire to succeed will stand a greater chance of reaching his or her goal. The same holds true for the student or the musician or whatever it is that you young men aspire to be. A five-year study of many of the United States’ top athletes, musicians, and scholars has recently concluded that “drive and determination, not great natural talent, led to their extraordinary success.” (Los Angeles Times, 17 Feb. 1985.)

In determined athletes, we can see the difference between knowing and doing. Those who really desire to reach their goals will do whatever they must do in order to achieve them.

Our great prophet, Spencer W. Kimball, has in his office a little motto that simply reads: “Do it.” In Matthew 21:28–31 we read:

“But what think ye? A certain man had two sons; and he came to the first, and said, Son, go work today in my vineyard.

“He answered and said, I will not: but afterward he repented, and went.

“And he came to the second, and said likewise. And he answered and said, I go, sir: and went not. 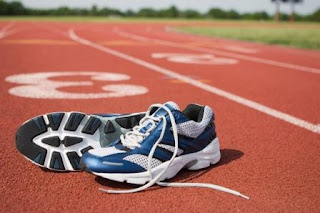 I, for one, accept that challenge--to do whatever it takes to reach my goals. Who's with me?

I'm in! I really like the quotes you shared. And I agree that talent needs to be mixed with determination and perseverence to succeed.

Oh Yes! Yes! That's me agreeing. A friend once told me "Dream big, if your dreams don't scare you, you're not dreaming big enough!" Love it! Get out there everyone, dream BIG. Accomplish the dream!