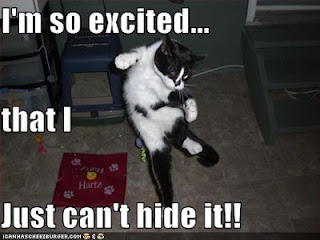 No, I’m not going to sing the song by the Pointer Sisters, and I’m not about to lose control. Still I caught myself packing my rolling backpack and ordered some new business cards. The LDStorymakers writer’s conference is less than a week away.

This year, I robbed my retirement to pay for it, so I plan to enjoy. I’ve attended every one, since the 2006 conference and I’ve never failed to learn something. Each year, the grin on my face lasts for several months and I am renewed.

In my exuberance to get ready, I pulled up the working file of my old business card creation and ran into a brick wall. The program I’d used to make them is on my old computer. When I tried to load it onto my current machine, I found that Windows 7 won’t allow it to run.

Undaunted, I realized I’d dealt with this problem before. When I bought my first Pentium, it came with Windows 98. One of my CAD programs was designed to run through DOS and I had been using it on my 486 DX with Windows 3.1, then 95. As you probably know, Windows originally ran on top of DOS. Windows 98 changed that. I eventually figured out I could run my DOS program straight from the hard drive and not through Windows.

My fix worked in Windows XP too, but apparently, Windows 7 has eliminated that ability. My old software might have to be upgraded. Does that sound like a conspiracy to get more money out of me?

Anyway, all of this reminiscing made me recall some of the things I used to do with computers. There were many cutting edge programs that aren’t relevant anymore. Some of them are smart phone apps now. I started writing on computers using Word Perfect and I can still remember that blue screen.

During my journey through the past, I remembered the time before the personal computer. When writing was done with pen and paper or, on my old Royal, long carriage, manual typewriter. My first manuscript wasn’t a manuscript at all. I’ve mentioned that my writing started with a story about a college girl who gets kidnapped, but my writing actually began with a sci-fi space adventure. It was a cross between Star Trek and Battlestar Galactica, with a little Star Wars thrown in.

It was horrible. I chucked it, and got on with my life. Then came the personal computer . . .

These days I can write on my laptop, lying in bed with the covers pulled up. I sometimes fall asleep doing that, but it’s comfortable. Getting back to my business card, I finally took the TIFF into Photo Shop and erased, then retyped. Later, I temporarily resurrected my old computer and made a new card with my picture on it. I printed them both.

Now that I have 300 cards, my book will probably come out and I’ll have to make another.

Good luck in your writing---see you next week at the conference. I will be the one with a pocket full of new cards.
Posted by Keith N Fisher at 6:15 AM

It was so fun to meet you in Bootcamp last year, Keith!