The Avengers and Other Stuff

Well, to top off this amazing week in which the LDStorymakers conference is being held, we have three awesome winners of my contest, and a quick movie review.
The three winners that I mentioned last week all were able to come up with the 5 most common books mentioned, and now get a free candy bar!!  YEAH!  Way to go ladies! 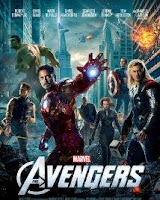 As for the movie review -- it's about the Avengers.  (For those who haven't seen the movie, there's a little bit of a spoiler...so don't read that part.)
Since some of us weren't able to make it to the conference (ahem...sigh) we'll be trying to ignore the awesomeness from afar and focusi on reality at home.  And trying to assuage our miserableness with movies and reading...
The best way to do this is to watch the new movie The Avengers.  Yes, I'm putting in a plug for it, even though it doesn't need any help from me.  From the looks of the theater, they're going to be raking in the money this weekend.  But I tell ya, it doesn't disappoint.  If you have followed the previous movies that introduced the characters, you've been anxiously awaiting this day.  If you haven't and never read the comic books, you could care less.  Those of you who could care less are saving your money and doing well.  Those of us who have been waiting for this day probably stood in line for a while or went to the midnight showing, like my oldest daughter did last night.  My hubby and I took our sons and one daughter to an afternoon showing of it.  It was worth it.
What really makes me bring up this movie is the characters within it.  One in particular that I want to mention:  Captain America.  There's a statement made toward the beginning from Phil to Captain America that he had made some modifications to the suit.  Captain America says, "Well, isn't the stars and stripes a little old fashioned now?"  Phil says "Yes, but with all that's going on, I think people are going to want more of that."
There were some good lines delivered by several different characters, and that was one of them.  Phil does a couple of statements that make you want to cheer.  He informs Loki that he can't win because he doesn't have any conviction.  I thought that was interesting.  Good will always win the day, mainly because good generally has strong conviction in what is right.  Captain America is probably kind of hokie by some of today's standards, but I think we could use a lot more of that line of thought.  The scrawny guy that would throw himself on a grenade to save his countrymen was still that same guy in a tight blue uniform.  The change of size outwardly didn't change the size of the heart -- it was always big.
I think most of us writers have that potential.  What we have to share is part of us.  We have the ability to influence those around us by the written word.
LDStorymakers tries to help encourage that with conferences like this weekend. It's about giving back to those who helped make it happen.  I hope everyone that could, is there soaking up the information and knowledge available.  It will make you a better writer.  If you weren't able to go, then hopefully you have friends who are taking excellent notes for you.
Friends are good.  Good notes are good.  Both are perfect.
Have a good weekend.
Posted by G. Parker at 10:33 PM