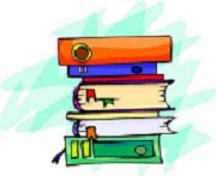 I was recently tagged for this 'meme' about reading - what I like to read, etc. So, this weeks' blog is going to be that information.

My Reading – I really love to read. I've loved to read since I was in elementary school and discovered the library. I also love to read the same books over and over -- the librarian would only let me check the same book out so many times and then she would ban it. sigh. I will read just about anything, but romance is my favorite topic. Romance with meat, like suspense or a real story line. (Of course I have been known to read magazines from cover to cover just because I was sitting in the doctor's office and had nothing else to do...grin)

Total Number of Books Owned – This is a hard one. I don't think I've ever counted it before. I hate to admit it, but we have a whole drawer of Inspired Romance books that I've purchased at the local little trade or buy book store. So, those alone we probably have 75. sigh. I don't buy them anymore, but at least my girls have something to clean to read when they're bored. I have probably 100 other books, scattered through out the house, about 20 of them are kids books, and about 20 of them are church related non-fiction, and the rest are various authors that we've liked. However...we usually check out at least 10 every time we go to the library.

Last Book Bought – Um...that would be Brandon Sanderson's Elantris, BJ Rowlings series about My Body Fell Off, and another one, that isn't coming to mind. If I had the money that my daughter does (and let me tell you, she has two boxes full of anime type books alone...sigh) I'd have tons more...especially of the LDS authors. I still haven't been able to get my hands on Tristi's books...(sorry Tristi!! I really want to!)

Last Book Read – Um, that would be Mistborn by Brandon Sanderson, or no! Winter Fire by Rachel Anne Nunes. (Then again, I read so many books that I forget the names of them.) I read most of a series last month by Joanne Fluke called the Hannah Swenson mysteries. Not all of them are equally good, but you really ought to try at least one, she also includes recipes! The Chocolate Chip Cookie Murder was first, but I haven't read it yet.

I have four books that I keep by my bedside table so that my children don't finish ripping the covers off of them like they have with some of my others. These books are not religious, but they have the kind of writing that I want to emulate, and stories that keep me wanting to read them over and over. The first one is Coast Road by Barbara Delinsky. I like a couple of her books, but like most of the main stream authors, she has several that you don't want to touch. This book just pulls you into the characters lives and makes you a part of them. Perhaps the other reason it grabs me is because the main character and his ex are artists.

The Summer House by Jude Derveraux. This one is much the same, only I think most women would love to experience what happens in this book. This is probably the cleanest of her stuff too...sigh.

Beauty by Robin McKinley. Robin McKinley has the ability to draw me into her fantasy with words of reality, if that makes any sense. She does such a good job, and I've liked all her earlier works. The last book is her's too, The Blue Sword. I simply LOVE that one. I can read it over and over and ...well, you get the picture.

There have been many books that have shaped my thoughts and encouraged deep thinking. While many of them would not be what you consider classical or worth the effort, I enjoyed them. One such book was the Diary of Anne Frank. It's was got me thinking about writing.

I'm not sure who to tag at this point, I think most of us have done this. But those who would be interested, have a try. I'd like to see what you are reading! That means you, Keith and C.L. Beck!
Posted by G. Parker at 4:53 PM