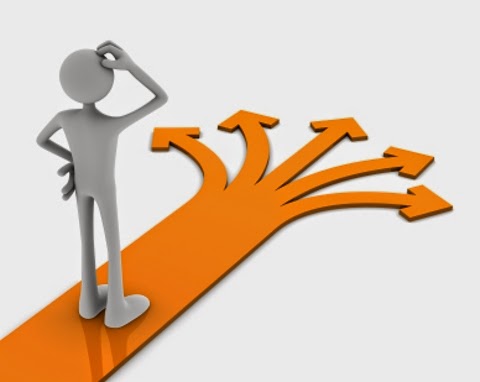 Do you outline, or not. Do you follow a plan? Or do you sit down and see where the muse will take you? There are many advantages and detriments to both methods of writing. An outline can restrict the plot, but it helps when you get half way into the story and don’t know where to go next. A draft will allow you to rob from that which you wrote before, Like when you rewrite.

As a rule, I never outline anything. Some books are planned out from beginning to end, but I leave room for the characters to speak to me. I’ve also written by hand in a notebook and transposed it later. Most of these blog posts are written from a concept that I want to share. Then, I fill in the details that support my concept. Okay, I guess in a way that is outlining.

Discovery writing can be thrilling because you never know from which recesses of you mind, it comes from. You see the words appear on paper and compliment yourself for being so talented and resourceful. The drawbacks are sometimes tough, however, like when you write the first word and wait, and wait, and wait. The story never gets written.

Another of the obstacles can be getting to the halfway point and realizing you wrote a different scenario in the first part, and the back story changed. Such is the case in one of my current works.

A problem that sometimes rears it’s ugly head, can be the most difficult, because it makes a writer look stupid. Often times, while writing articles and blogs, even in fiction, I belabor a point and end up repeating it several times. Or, I put ideas in the wrong order on the page. If you go back and read some of my rambling blog posts, you will see good examples of this. Especially when I didn’t have time to edit.

The concept I want to share today, is don’t be afraid of discovery. Yes, there are drawbacks in that kind of writing, but the detriments can also make the story better.

I’m currently writing a book with no outline, except a vague idea of how it will end. While working on it this week, I discovered a problem. In the first chapter, a married couple celebrated their anniversary. The kids were at the babysitter’s.

Two days later, in the story, the parents were having problems at home, but where were the kids? It was as if they disappeared. I had three choices. Either I had to lose the children, grow them up and away at college, or send them to Grandmas for an extended visit out of state. I decided on the latter, and I had to fix it over several chapters. Now the plot works better.

Yes, discovery writing keeps me on my toes. I have to develop back-story on the fly, but it usually makes a better plot. Another example from the same book shows the problems characters can cause. In the first chapters I wrote about Sam’s brothers and a little about his father. Later on, I expanded his father’s character and methods. The siblings were gone. Sam only had one brother, and he died in Iraq. Going back to correct the technicality made the story richer. Yes there are times when a character suggests changes that won’t work. Just delete the suggestion and move forward.

Yes, there are challenges in discovery writing. Like when you come to the end of a chapter or the way point and you freeze. You can’t decide whether to keep or discard the changes. The writer’s block of indecision is crippling. Don’t panic—Write something else for awhile. Then come back to it fresh, and ready to whip your characters into submission. (Perhaps, that’s the subject of another blog post).