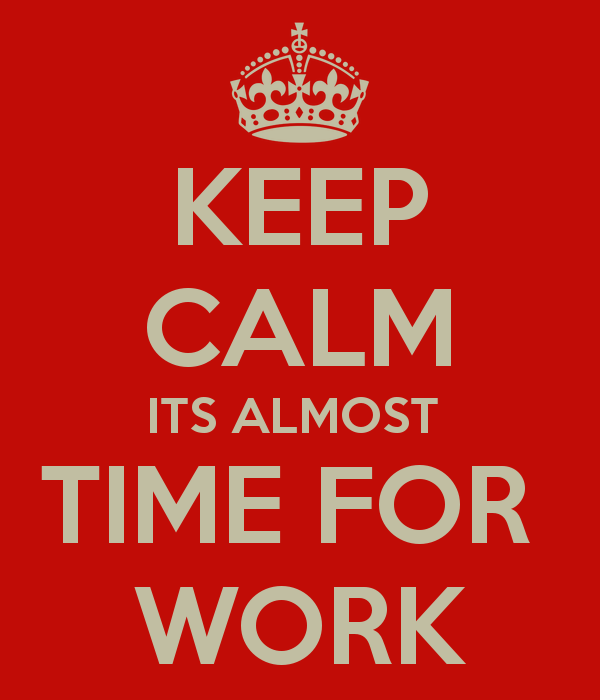 At the end of a recent writer’s retreat, I asked many of my fellow laborers a question. "Did you have a productive weekend?" One of the answers was, "I wish I could’ve been here Friday."

The answer to my question made me think of all the times I’ve had to put my story away, in order to
do the work thing.

Unfortunately, paying the bills is a necessary evil. It has to take precedence to writing. In the past, when I filled out tax forms, I listed the day job first, and the writer thing after. A few years ago, I changed to, Freelance writer/current bill paying job.

This year, I have three jobs. I will put, Freelance Writer/Inside Salesman/Convenience Store Clerk. Even though I’m busy, I still find time to write. Of course I have to write. The problem comes when writing is going so well that I curse my other job for taking me away.

The retreat was great, but it was the first time I ever really hit a wall. Having the plot worked out beforehand helped, but I had so much time to write, I wrote myself past what I had planned. In some books, I know where I’m going, but I have to work out logistics along the way. In my current book, I had the logistics worked out to a certain point. My character took us to Las Vegas where, since I’d been there so many times, I thought I’d have plenty to write.

My character left Las Vegas before I had to chance to write her into the casino. She didn’t know where she was going, neither did I, so I hit the wall, and played Nine-Ball on the pool table for a little while.

The fact that the retreat house had a well-furnished game room and theatre, that went largely unused, is another blog.

Anyway, that’s how discovery writing goes sometimes. It makes you do other things while you think about the plot. After a while of editing my cookbook, We reached a compromise, my character and I, we moved forward into new territory, Places I never dreamed we would go.

By the end of retreat, I’d written thousands of words, got well into editing my cookbook, renewed old friendships and made new ones. Having time to write was rejuvenating. It reminded me of how I started writing, and why. I still write in spurts during brief moments between responsibilities, but I’m looking forward to the next retreat. If writing really is life sustaining, It’s too bad I have to interrupt my life for that employment thing.

Missed you at retreat. Good luck with your writing—see you next week.

I'm so glad you had fun! One of these times I want to go.