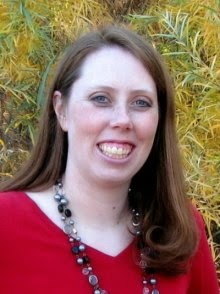 Hi, it’s been a long time since I’ve been a writer for this blog and Keith asked me if I’d just pop in and update everyone on what’s being going on for me over the years.

First, a very condensed history. I’ve been writing on and off for fifteen years now but I didn’t start submitting until about eleven years ago. I got a request for a rewrite, did that, received some feedback from critique partners and an editor, did more rewriting and got another rejection. A few years passed (during which I wrote on the Blogck for a while) and about the time I hit my one millionth word written, I got a contract from Cedar Fort. That was the fall of 2008. That book was released in 2009. I published a few books with them and began self-publishing.  In the next month or so I’ll have 20 books published, which is a mind-boggling number, or at least, it would have been six years ago when I was still waiting for the first book to be released.  My husband and I moved halfway across the country in 2013—the first time I’ve ever lived more than a couple hours from my parents. That change and our new involvement in our community has played havoc with my writing schedule, even though we absolutely love it here.

In addition to my self-publishing and first publisher, a few of my books were published with BigWorldNetwork.com, and I have put my books in anthologies and collections as well. This has taught me a few things.

1)      Sometimes a book sells great. Sometimes it sells poorly. Sometimes what you do influences that, but sometimes no matter what you do, nothing makes much of an effect on sales. And other times you get great sales without doing much of anything. It’s weird, and a little frustrating.

2)      The market is ALWAYS changing. If you want to keep up, you need to pay attention. What worked for someone to promote the book/get the acceptance/wow readers a year ago may mean nothing now. Everything changes.

3)      Don’t box yourself in with one publishing plan. I’ve published traditionally, I’ve published with a less-traditional publisher, worked in concert with other authors, self-published, and have a plan for other stories where I’m coordination ideas with other authors as well as ones where I work alone. This is an exciting time in publishing—there are so many options and opportunities out there.

4)      Publishing is a business. If you want it to be more than a hobby, do your research, read up, and understand what you’re getting into.


Some things haven’t changed, though:

1) Publishing is hard. It has its ups and downs. You have to love it or it’s time to get out.

2) Publishers pay for all expenses when they put out a book. If they want you to kick in some of the costs (Author Solutions, anyone?) they’re scamming you. Run away.

3) Publishing contracts are not pretty, they’re getting worse over time. Chances are your agent is not an attorney. Hire someone who can break it down into real English so you understand what you’re signing.

4) Try new things, play with your art, study it and keep writing—there’s an element of luck to all success, but lots of hard work definitely increases the luck. Don’t give up!