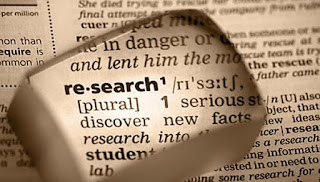 Last week, I wrote about my idea file and why it is sometimes hard to turn them into stories. I talked about one of those ideas and how it would have to involve time travel. This week I’ll talk about the research I’m doing in order to write the story. Did I mention I’m doing a presentation about research for discovery writers? Tell you more, later.

We all know from Star Trek, that changing something in time creates a paradox. Like tossing a pebble in a pond, changing events creates ripples of change. Each life effects other lives. What would happen if I wrote a time travel book and changed things, but those changes didn’t create a paradox?

Would I be burned at the stake? SCIFI junkies don’t forgive those things. Think not? Read on. While attending a LUTE symposium back when they were still in the Wilkinson Center at BYU, I learned just how fanatic SCIFI fans can be. I think I wrote about the experience of attending Richard Hatch’s class when I asked a clarifying question.

For those who don’t know, Richard Hatch was the actor who played Apollo in the original Battle Star Galactica series. At the conference, Hatch spoke about his plans for another series that continues from the original series. Although he was involved with the recent series, he wanted to a new one, and he showed us his promo.

The premise of the new series revolves around the Apollo character as the leader of the whole band. What I didn’t notice at the time, was the total erasure of the Doctor Zee character. The promo centers on the next generation launching a plan to rescue Starbuck from the opposing forces. My question went something like, “I thought the series ended with the Starbuck character stranded on a planet. Did I miss something?”

Recently I figured it out. when the original series was canceled, a letter writing campaign brought it back, but the executives changed the format. They brought in a new cast and it was set farther into the future. As part of the new format, they added the Doctor Zee character. In an effort to explain where he came from, they made an episode where the Starbuck Character got stranded on a planet with a Cylon and a pregnant woman. The baby was Doctor Zee.

Do you get it? Did you know about Hatch’s intentions? I didn’t. it was obvious I wasn't well versed in Battlestar Galactica, and you might’ve thought I’d asked something like, who was George Washington? I was looked down upon. I never got the answer. I had apparently messed with the forces of nature.

To be fair, I suppose I would’ve acted similarly, if somebody had asked how Spock could be in undiscovered country, when he died in the Wrath of Kahnn? Still, I wouldn’t ostracize them. So, in an effort to avoid the censure, I want my time travel story to play out like what’s been done before. I also need to brush up on the quantum mechanics.

While doing the research I realized something. Do you remember a television show called Quantum Leap? While it played in first run, I wondered why the character bounced back and forth through time. While watching it on Netflix I realized that in the pilot, the protagonist changed something causing the ripples we talked about. From that point on in the series, he was condemned to leap from life to another, setting things straight.

Look at what happened in Back to the Future. Marty inadvertently screws with events and has to put things straight or risk being erased from time. The whole paradox issue seams to be constant and my character will deal with the ethical issues of whether she ought to change things or not.

I need to research another TV show called, Sliders, because like what happens when you create a ripple in time, that show dealt with other dimensions. It explores the premise of what would’ve happened if such and such were changed in time.

So, I will write my story with an eye on the ripples. My character wants to change the future, but will she? Hopefully you will enjoy reading.

Good luck with your research, uh writing—see you next week.