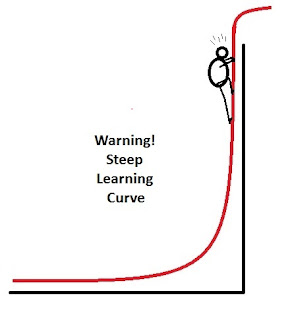 While training for a new job, I’ve had a few rude awakenings. The worst of which, is the realization that I’m old. The technology that brought us into the twenty-first century is going away. Some of the procedures that took me days to teach myself, are being replaced. The parents of some of the children, who are now my peers, weren’t born when I learned to write programs in Pascal, to display loops on an Apple II-E.

I also, discovered I’m out of touch. My peers at my new job talk about things I’ve never heard of. Yesterday, however, I heard a comment that made me think. Our trainer was talking about customer service and mentioned how difficult it can be to teach an old person how to reset their password. Walking them through it while on the phone is apparently problematic.

Suddenly, I realized several things. One is that I’m in that age group. Although it was my generation who created the original systems upon which, everything was built. I’m lucky I was blessed with a basic grasp of the technology and that I was able to teach myself. I built my first website before many of my colleagues were born.

While listening, however, I thought of the generation before me. It’s true, the whole technology thing can be overwhelming for people who grew up listening to the radio. My parents were children at the end of the Great Depression. Color television became the big boon to society. They watched with quiet reverence as Neil Armstrong coined his famous words on the moon.

So, the fact that most of them, who grew up on a farm, have the courage to even attempt an Internet presence is heroic. Even in my generation, there are many who resisted the Internet and technology itself and are just beginning to discover the wasteland that is social media.

Some of them never will discover, but those who venture forth must be praised. We might be a little slow, but there is a learning curve and the new generation speaks a different language.

Now, before you think I’m too old to breathe, another thing I learned is about fans. I listened without contributing, to a conversation at work the other day. They were talking about books, and I saw what it means to have a fan base. They love Brandon Sanderson, and I kept quiet about my associations with him. A remember his keynote at an LDStorymakers conference years ago. It was before the Robert Jordan transition, but he’d just signed a big book deal.

Brandon is a normal guy, but he’s a great writer. His phenomenal work has earned him a wonderful fan base. Some of those fans were talking about him the other day, and I was amazed. I might never have fans like his. Mostly because I don’t write in that genre, but I would love to have people talk about my writing the way they talk about him.

Because I’m a writer, and I’ve heard him talk about it. I know how Brandon started. I wanted to share that with his fans in my classroom, but I let them talk about their fascination. They don’t know about the long hours Brandon spent as a clerk in a Provo, Utah hotel. Working through the night and writing in his spare moments. His fans might not know how many words Brandon wrote before finally getting published.

It’s probably better that way, because Brandon is a rock star. He is a gifted writer, but his fans think he was born perfect. Let ‘em think so. I am a fan too, but it helps me to know, although he is phenomenal, he still had to put in the hours.

So I listened to his fans sing praises and I took pleasure in knowing that people are reading. My colleagues might never read my women’s fiction, but they are reading.