Writing Lessons From a Block of Wood

When this blog began, it was called blogck in reference to the phenomenon that often happens to writers. It’s called writer’s block, and it’s when a writer tries to work and can’t seem to think of anything to write. There are many methods for relieving this condition and this blog was intended to be one of them for the authors. 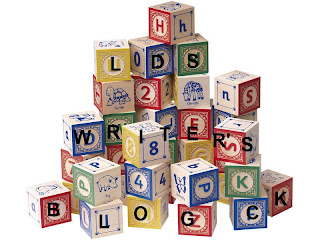 In thinking about our blog name and the purpose, I dreamed up a new logo. What do you think?

Also while thinking of the name, I was reminded of a recent movie that most of you have probably seen.

In Mr. Magorium’s Wonder Emporium, Mr. Magorium gave Molly a marvelous gift. He reached into his dishwasher, removed a large block of wood, and handed it to her. Of course she was at a loss as to what to do with it. See the block in the picture? 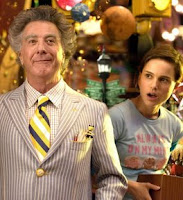 The story unfolds and Molly is shocked to discover that Magorium is going to die and he wants to give the magical, living toy store to her. She objects because she claims to have no magic and can't run the store. Magorium asks her if she used the block of wood, she asked how, and he told her that she must believe in the block.

If we attach this as a metaphor to our writer’s block, we must imagine a set of children’s toy blocks with numbers, symbols, and letters printed on them. The words are there—the letters are in the blocks. We must believe in the blocks and place one letter in front of the other until suddenly, out of nowhere, an idea begins to form. Before we know it, we have written pages of beautiful prose. We set the blocks aside and move on in the jubilation of our craft.

In the movie, Magorium died and Maggie is left with a half-dead toy store. All appears to be lost but at the last minute, the block shows Maggie the magic inside her and she uses it to bring the store back to life.

Like Maggie, there is magic in our souls. Sometimes we think the magic is lost, but if we believe in the block and use it to learn and grow, it will show us the magic that is writing.

Good luck with your writing, see you next week.
Posted by Keith N Fisher at 5:01 AM

I like your point about needing to write to overcome writer's block. I think its great.

As for the logo, I think its a cute idea. Unfortunately, its really hard to read "LDS Writer's Blogck" over the blocks. Would using another color help bring out those words? Or maybe it would be cute to actually have the blocks spell that out, if you have the blocks to build it with.

Andy,
yeah I tried to find my daughter's old blocks but we apparently got rid of them years ago. I was in a hurry with the lettering but I'm glad you like the idea. perhaps we can convince my fellow bloggers to change to the new logo after we improve it?

Candace,
It's always a pleasure to have you stop by. thanks for the comment. see you at the conference.