Another Stop on the Blog Tour

It’s my honor to review Tristi Pinkston’s new book, Season of Sacrifice, but first I need to make an announcement:

I’ve been asked to blog for the YourLDSNeighborhood.com site. I will be bloggin

g twice a week on the subject of outdoor and camp cooking, with emphasis on Dutch oven and cast iron.

A few years ago, a major cast iron cookware manufacturer said there are more Dutch ovens sold within three hundred miles of Salt Lake City than anywhere else in the world. Don’t you wonder why here, instead of somewhere else? where are those Dutch ovens?

I think a lot of them are being stored with all the seasonal and camping equipment. They get hauled out to warm up cans of stew or chili on the deer hunt. A few get used to make biscuits while camping, but I believe the majority are still in the box in food storage lockers, waiting for the day when the power goes out and the gas gets shut off.

There’s nothing wrong with that, but wouldn’t it be easier if you were already familiar with your cooking appliance? In the blog, I hope to show you how to use your Dutch oven and enjoy the smiles on the faces of your guests and campmates. In the process we may learn some things about throwing back yard and block parties that will make you a legend.

I love to cook outdoors and I hope to transplant that love into your hearts. Stop by often. Put your feet up, dinners ready. http://www.yourldsneighborhood.com/ http://thecampcookinyourbackyard.blogspot.com/

I’m not sure how it happened, but Nichole and I decided to split Tristi’s blog tour between us. I am going to review the book today. Nichole is planning to interview her on Thursday. I’m having second thoughts now. I think I’d rather ask the questions . . . just kidding. It really is an honor.

In an effort to avoid a corrupted opinion I haven’t read the other reviews, so if I repeat something already said, please forgive me.

You may have heard that Season of Sacrifice is a work of historical fiction about the Hole in the Rock pioneers. Tristi used family history, historical research, and gut feelings, to tell this poignant story of her ancestors and their part in a historical event. It’s the story of Benjamin Perkins and his wife Mary Ann Williams, but it’s really a story about Sarah Williams, Mary Ann’s sister and Benjamin’s second wife.

Polygamy was, and is, a hard issue. I think Tristi should be commended for the truthful and respectable way she wrote those parts.

As I read the story, I began to feel a common bond. Some of my ancestors were neighbors with Tristi’s in Wales. They were coal miners too. The Perkins’ were called to settle in San Juan. My ancestors came from Wales by way of Yorkshire England to Utah, and were called to help settle Southern Alberta, Canada. 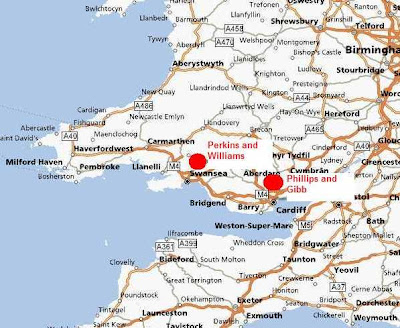 Also, my wife is a direct descendant one of the sisters who married John Rowley. You must read the book to know what I’m talking about. Find a copy at http://www.tristipinkston.com/books.htm

In my family history collection, I have many books written by relatives that attempt to tell the stories of my ancestors. None of them do it the way Tristi has. Her talent of writing is certainly a blessing for her ancestors.

Good luck with your writing—see you next week.
Posted by Keith N Fisher at 5:17 AM

Hey, I'll share a blog with your Dutch oven cooking any day! Thanks, Keith!

I'll look forward to reading more about Dutch oven cooking from a pro.

It's interesting your ancestors and Tristi's were neighbors. I also read Tristi's book and found it very intriguing and highly recommend it!

Hey Keith,
How about telling us which store in the Neighborhood will carry your blog link? That way we can check it out while we're out shopping at the LDS Neighborhood. I'm thinking it's the Sports and Rec building/block?

Thanks for commenting ladies. Inky, I'm not sure which one it will be. I think it's the outlet.
thanks for the opportunity to review your book Tristi. You didn't know we were nieghbors did you?