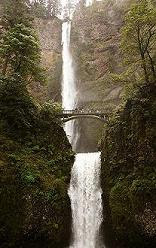 A long time ago I read Anne Frank: The Diary of a Young Girl. It inspired me as no other story had to that time. (besides Anne of Green Gables...grin) It was when I read it that I thought about writing for the first time.

My initial thoughts were selfish in nature -- amazing how you think only of yourself at 12 years old -- sigh. I wanted fame, I wanted status, and for some reason I thought writing would bring me that. Silly me.

So...ideas changed. I wrote poetry (very BAD poetry) and romance stories. I would create stories much like the ones I read, and I was a voracious reader, much like my children are today. If only I'd known...nah. Even then I would still have read. I'm sure it was an escape from an unsure life of foster homes.

Anyway, as I grew, I realized that the stories had to be more than copies of things I'd read. So I stopped writing and just read, keeping notes in my journal of my life and emotions. I've kept a journal since about 12 years old, and most of it in the early stages was the same thing you'd read from any young girls diary. "It was sunny today. We had hotdogs for dinner. The boy down the street is really cute..."

When I started college, my writing became more of a reflective thing. I started writing fiction with more depth, not copies of someone else's work. I also wrote more poetry, and my testimony of the gospel became stronger. Interesting how it all plays together, isn't it?

After my mission, I decided to tell a story using Oregon as the background, which is where I served. I decided it had to be about Astoria, one of my favorite locations, and began writing a full length novel for the first time. The initial drafts were really quite funny. I thought it was wonderful though, and even decided to enter it in the Utah Art's Council contest. Now -- at this time there was no such thing as personal computers, nor did I have my own electric typewriter. My boss (which is still amazing when I think about it) allowed me to use the computer at work to not only convert the story into word processing, but to print on the work printer.

It took almost a whole day.

I turned it in just under the deadline, and waited anxiously for my confirmation of winning. It never came. They politely sent my story back, and didn't bother to write notes on it. (I'm sure they didn't know where to start...)

I have since rewritten that story, and gone on to others, hopefully better. I still think the original story is good, and I might end up self publishing it someday.

But it's these early experiences and efforts that made me the writer I am today. The small thoughts I started with, the copies of romance novels that I inhaled -- all of it contributed to my continuing on and keeping the creative muse inside me alive. The only time it was dormant was when I was busy having seven children and there was no time for creative thought or outlet until I'd been married 10 years and my sanity was in question.

It's amazing what comes from a few small words written in one's youth.

Next week I won't have a blog. I'll be watching my son graduate from boot camp, crying, clapping and cheering with the rest of my family. Hopefully there will be much to write about when I come back.
Posted by G. Parker at 3:32 PM