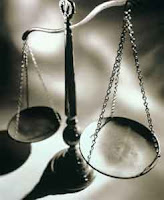 By Keith Fisher
There is an author’s event today. Several LDS authors will be on hand to sign their books, offer encouragement, and be your friend. Most of these authors have never been recognized nationally, like Stephanie Meyer, or J. K. Rowling. I very much doubt any of them will be compared to Herman Melville, Mary Shelly, or Rudyard Kipling. Although, some of them should be compared to Mark Twain, he’s one of my favorite authors.
I’ll tell you about the event in a moment, but first, I want to talk about an argument that ensued at work the other day. My friend is an English major and has strong opinions about many things, but so do I, so we get along. I got involved after overhearing a discussion about Twilight. The movie, by the way, comes out in 5-days 19-hours and 8-minutes (according to Nichole’s counter at the moment I write this).
Anyway I believe his statement was, "No LDS author has written good literature." Or something like that. I thought about all the national market authors I’ve heard about who make six figures a year, and many people don’t even know they’re LDS. Of course, his response condemned the use of a monetary yardstick. He wanted to talk about "literature".
I’ve written before about a Dead Author’s Society. And I’ve been critical of the so-called classic literature that school kids are forced to read. My friend wanted to compare all fiction to Moby Dick, because the lessons learned about life are priceless. Then he went on to condemn Twilight.

I tried to persuade him to realize that a book is worthwhile if it gets people to read who never would have before. The discussion turned to Harry Potter and others. We went around and around, as you might guess. I asked him how he can discount the fact that J. K. Rowling probably single handedly influenced thousands of people to turn to books instead of movies. More people are reading today than before, none of them, I’m sure, would’ve considered reading the classics.
So, if we judge a book by the yardstick of how it changed or helped the lives of those who read it, Stephanie Meyer, J. K. Rowling, Brandon Sanderson and Janette Rallison along with dozens of LDS writers, should be ranked with all the so-called, classics authors. When all is said and done, the classics of the past were popular fiction in their day. Maybe in 75 years Harry Potter will be a classic too.

LDS writers, although sometimes not celebrated as such, are writing books for the masses. Books that can help the readers improve their lives. Thanks to popular fiction, those readers are more inclined to read Moby Dick than ever before. The classics are coming back. People are reading them because they want to, because a popular fiction novel persuaded them to make the journey into the satisfying world of reading.
The event I spoke about is at a new independent bookstore. Provident Book/Humdinger Toys. 661 W State Pleasant Grove, Utah There will be drawings and fun stuff. Look here for a signing schedule.
By the way, when pressed, my friend admitted he had never read Stephanie Meyers books or J. K. Rowling’s. Also, the counter now says 5-days 17-hours 18 minutes, but I don’t like vampire books, just thought you’d like to know . . .
Good luck in your writing—see you next week.
Posted by Keith N Fisher at 6:42 AM

Those arguments annoy me, too--they're generally made by people who have read much by LDS writers.

But there's also the fact that with "Mormons" being less than 200 years old total, it's impossible to have many "classics" in our cannon. We aren't OLD enough for that!

Keith,
You are 100% right! It just kills me that teachers are forcing kids to read "classics" and in so many ways are just turning kids off to reading.

You can assign Moby Dick to a reluctant reader, but that doesn't mean he'll read it. Spark Notes are now available online.

You give a kid Eragon, or Harry Potter, or anything that's actually fun, and you'll show kids that reading can be worthwhile.

I also like the quote over on the Whitney Awards site: "We will yet have Miltons and Shakespeares of our own."

Keith, it was nice to meet you today.

Thanks ladies, for stopping by and leaving your thoughts.

It was good to meet you too, Daron. I'm sorry if I was a bit distracted.

Hi Keith. Thanks for giving our store a plug. It was great to see you there.

I totally agree that to read is better than not to read and you have to give kudos to those who can get today's kids to turn off the tv and the nintendo, put their cell phones aside, and curl up with a book.

Ugh! I would have been so frustrated! It really annoys me when others bash LDS writers, but haven't actually read any of their books. I run into that quite a bit here in the heartland. Sigh. It's a good opportunity to educate others on the wonderful of LDS fiction though. My bookshelves have turned into a mini-library! :)

It was great to see you at the store Karlene. I am so looking forward to an independant bookstore in this area. Don't forget I want to hold a lauch party in your store.

Danielle, how would you like to come to work where I do? you're fiesty enough to box his ears.

Keith, I have to say that while I agree with elements of what you are saying, in general I think you are wrong when it comes to "classic" literature. BUT, its not because of what your "friend" says.

"Classic" literature has an important role, one that is VERY different from popular literature. Meyer, Rowling, Sanderson and Rallison are all popular writers. Their principal goal is to entertain the reader.

In contrast, "classic" literature gives us not just good entertainment (when you control for the change in tastes over time and the overall improvement in what we consider to be good writing), but also great ideas -- social criticism, messages about how society should form itself and act. While I'm not as familiar with Sanderson's work, and don't know much about Rallison at all, I can definitively say that there is nothing in Meyer's work or in J. K. Rowling's work that fits this bill.

In addition to addressing "great ideas," the classic works we have often represent shifts in belief about those ideas, or new ways of thinking about them. For example, Dickens, while wildly popular in his time, was also representative of a shift in attitudes toward the industrial practices and culture that had sprung up in England, which clearly led to the laws regulating things like child labor, factory conditions and working hours.

"Classic" literature also often represents what we as members of a culture have in common -- the stories and ideas that we talk about even today, and that are echoed in our culture. You say in your Dead Author's Society post that you didn't read much classic literature in school. But I'm sure you will have to admit that at least the most important works -- Moby Dick, Romeo and Juliet, Hamlet, Don Quixote, etc. -- had some kind of small impact on you. Like most Americans you knew "To be or not to be" and that Moby Dick was a whale and that Romeo and Juliet were ill-fated lovers. These works so permeate our culture that I have a hard time believing that any but the most clueless could have reached adulthood without at least having heard of them.

This base knowledge is the foundation of our ability to talk with each other. No recent book is likely to achieve this, and even those that do often loose it eventually. As popular as Harry Potter is at the moment, I don't know that it will be as well known in 50 years as it is today.

When I was a youth, the best sellers were filled with historical novels (think The Work and the Glory and you have the idea), led chiefly by a series by the author John Jakes. Never heard of him? Unless you were old enough in the late 70s you probably wouldn't have heard of him. Certainly by 1985 his books were no longer popular and were not on the bestseller lists.

I have no idea whether or not this will happen to Harry Potter. I'm not even sure that the Lord of the Rings will achieve any kind of classic status, and its been in print for 50 years.

Classics, most of all, have stood the test of time. Critics have looked at them again and again over decades and continued to find value in them -- important, timely and groundbreaking ideas in addition to good writing. I don't think we should dismiss them this easily, just because they don't meet today's generally accepted idea of what makes good writing.

As for the dismissal of LDS authors, I do have to say that your friend is quite wrong. Not only are there some writers who are writing good literature, there are writers who address important ideas -- perhaps not successfully enough to put them in the category of "classics," but you would have to say that they made credible attempts to be among those that could be considered "classics."

BUT, he is most likely referring to the literature he sees for sale in most LDS bookstores -- that from Deseret Book, Covenant Communications and Cedar Fort, along with many smaller publishers. To be honest, its hard to believe that any work of fiction that addresses "great ideas" will ever come from these publishers, they are so clearly oriented towards entertainment only. I can't say that it won't happen, but they don't seem interested in publishing anything with great new, timely ideas. Their orientation is contemporary, non-controversial entertainment.

Your friend is also wrong in another sense -- that there is something wrong with "bad" literature, i.e., with literature that simply tries to entertain. I addressed this issue on A Motley Vision a while back in a post entitled What Bad Mormon Literature Do We Need?. If you read that post, you'll see that i agree with you that "a book is worthwhile if it gets people to read who never would have before."

So please re-evaluate your beliefs about this subject. Yes your friend is wrong, but let's not throw out "classic" literature just because of his views.

Thank you Kent, for stopping by and sharing.

I want you to go to work on Monday and tell this friend of yours that I will meet him in a dark alley of his choosing at midnight.