And Do it with Words

I’m a graphics guy. I may have mentioned it before, but it bears repeating. I was a kid at the beginning of the media revolution. Television in all its glory was just getting started. I sat in a dark room with the whole school as we watched parts of President Kennedy’s funeral (at least I think it was) on a black and white screen with terrible reception.

You might say, I grew up with the medium. I remember seeing many of the classic TV shows in first run, not re-run. Add movies, radio, vinyl records, and printed media to the mix and I was a media junkie. It all had an effect on my upbringing. Now we have so much more and the internet. We should be an educated people.

I recently commented on Sariah Wilson’s blog that I look for a graphic example to express my point in a lesson or talk. It’s all because of my media upbringing. I used a clip from the original StarWars to emphasize a point about seeking the spirit. I used Pinochio to show that the Holy Ghost will help—just whistle. I show Church videos that are made for the purpose of illustrating the lesson, and I use those videos, or parts of them, to illustrate other points.

A thought about this occurred to me this morning, when I was reminded of the latest session of my critique group. I often feel the need for further explanation when someone questions some part of my story. At those moments I wish I could use a graphic. If I could use graphics in my novel, the point would be expressed exactly as I wanted.

Alas, you say, I have missed the point. As a writer it’s my job to produce the graphic, and do it with words. If I do it right, my book could be the graphic someone holds up to emphasize their point.

P.S. I’m giving away a Chuck Wagon Dinner bell at another blog. Come and play. 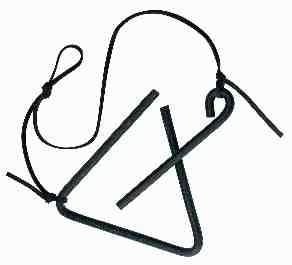 Keith,
Good point about those of us growing up in the early days of TV needing graphics. Guess we're just visually oriented.