Hi, my name is James Duckett and I'm super excited to be here. I've noticed that my blog posts become more consistent when asked to have them done by a certain day. Being required to come up with something every Monday is going to be a huge motivator for me.

Since I'm the new kid on the blogck, I just wanted to introduce myself and reserve topics of writing to future posts. Spoiler alert: This is going to be long, and most likely the longest post I ever do. You get bonus points if you get through it all without falling asleep.

I guess I'll start at the beginning. I was born. I don't remember much, but I'm told it was pretty exciting especially since I was in the wrong city. Oh well, a story for another time, but these things happen. I'm the oldest of four children but after paying for two kids to be born my father said, "Forget that, I'm joining the Army and Uncle Sam can start covering the delivery costs." Since then I've lived in four states and three countries.

I've never really had a city to call my own and I hate the question, "Where are you from?" 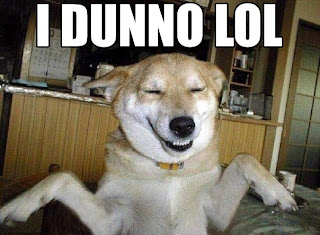 Oh, and I love writing!

My love of writing began in the 2nd grade. My teacher had challenged us to write a story and draw a picture to go with it. I called my story "The Ghost That Lived." Okay, don't laugh, I was only 7 years old. I'd tell you the story (I still remember it) but the absurdity would probably put you in stitches and remove any writing credibility I could ever possibly earn. I do remember drawing the ghost. Have you ever played the original Pac-Man? If so then you've seen what the ghost looks like. 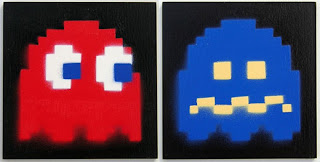 Looking back I realize it was a train wreck, but at the time I thought I was a genius! And I knew then that some day I would write a book. Despite what I thought then I must inform you of the horrendous news: there will be no sequel to "The Ghost That Lives." I know, I know. It's hard to accept, but there is no denying the truth.

In junior high school I set out to write my first book. I carried a notebook everywhere I went and wrote every chance I got. I loved creating people that never existed with a few strokes of the pencil. I loved writing about places that didn't exist. I loved the entire experience.

And let me tell you how good it was! Well, it was longer than my 2nd grade masterpiece but I doubt it was any better. Okay, yes, it sucked rocks and it heavily pilfered from a book series I liked called Photon by David Peters. Before I could get it to the publisher and -- in my mind -- instantly top every bookseller list in the world, I got sidetracked (most likely by a computer game) and the book disappeared.

I lost some of the passion then but in talking to some English teachers they informed me of a few things.

1) Teenagers don't write best sellers.
2) If I did want to take writing seriously, I needed to read.

1) Disproven by Christopher Paolini. But, sure enough, when I got to the library I did notice that no books were written by teenagers. This was disheartening, and, still today, true in 99.999% of cases.
2) I took this advise most seriously. So on that note...

By this time I was quite addicted to The Hardy Boys. But I noticed they weren't exactly topping out the New York Times Best Seller List. But somebody was, and his name was Stephen King. I then began my love affair with all of his books. 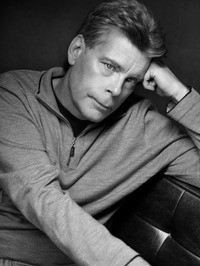 That affair lasted over a decade. I've not been thrilled with his recent writings so I've backed off a bit, but I hope -- and fear -- that some of his writing style rubs off on me. I love his voice. Maybe because I've read it for so long, I don't know, but I love the way he writes. I hope I can pick up a bit on his voice, while developing my own

I don't want to write strictly horror. I might have some elements of horror in my stories, but I hope my books don't find their way into the horror section. I also don't want the language, graphic violence, and graphic sex he usually has in his books. I don't want to feel guilty if my bishop or the young men in my ward decide to give it a read. Or, heaven forsake, MY MOTHER!!

As I started raising a family and went to college I decided to worked full time in hopes of graduating debt free. I had to sacrifice reading for pleasure and most writing until I got my Bachelor's Degree in Business Administration. After accomplishing this I then focused on my career to get me to a point where I could concentrate more on writing and less on climbing up the next ring in the corporate ladder.

I hit that point a couple of years ago, and I'm now ready to conquer writing. In studying the craft more closely I found out there is so much more to it than I realized as a teenager. It isn't as easy as I thought it would be back then. It sure isn't as easy as Stephen King made it look. The plotting. The outlining. BICHOK. The rewriting. More rewriting! Character development and arc. Story structure. Voice. Setting. CONFLICT! Rising action and tension. Maintaining a blog and networking with other writers. Plot points and pinches. Three acts. Seven parts! Active voice. Pacing. Point of View. Dialogue. Overcoming writer's block. Try/fail cycles. Proper grammar. Critique groups. The patience! Oh, why can't this be done? The patience!!!! 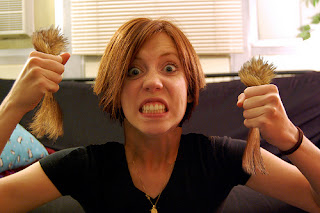 I laughed when my father said, "Why can't you just write the next Harry Potter series? How hard can it be?" If he only knew...

And to make matters worst, as hard as writing a book is, it is still the easiest part. Getting it noticed and published, now that is going to be the biggest challenge. And, I fear, the challenges don't stop there either.

All topics I hope to approach in this blog series.

So, that is me. I'm outlining a book now and hope to be finished by the end of March -- with the outlining, not the book. Some medical issues arose that slowed that down, but I think I'm still on track. I look forward to contributing and getting to know the readers of the Writer's Blogck. And a thank you to Keith Fisher for having me here.
Posted by Unknown at 2:49 AM

I wish I had started in second grade! By the age 21 I was fully dissuaded from writing fiction. I had plenty of rejections from my small attempts so I stuck to non-fiction and reading.
But then I heard this song on the radio "Ain't nothin' gonna break'a my stride. Nobody's gonna slow me down. Oh-no! I got to keep on movin'"
(I wish that this song was really a turning point in my life! That would make for an awesome story. But alas I'm not as cool as I pretend to be)
James I love hearing about your story. I wish you ALL the best!

It's great to read more about you! I had a wonderful story I started writing in 3rd or 4th grade involving an alien (and had at least 600 pages outlined in my my mind) but I'm defenitly not in the writing world any more. I'm excited for you though! Good luck!

Great to learn more about you James :) Keep writing!

Great post, James. I made up stories in my head for years rather than writing them down. Not until I was in 9th grade did I decide to have fun with our haunted house type spelling words. I included everyone in my English class in the story. The teacher liked it so well she had me do it as a play, and we read it in class.

Of course, almost everyone died! =D

James, you always make me laugh! And totes agree about Steve King. :( What happened to him?! Although Under the Dome held hints of past glory and won major points with the hat tip to Lee Child. :)

Two questions and one piece of unasked for advice:

1) Are you intentionally misspelling block "blogck" for some reason?

Advice: Don't anticipate criticism and criticize yourself before your imagined critics do so. This is for a few reasons.

First, no one has read your childhood writings so no one can judge their quality and, most probably, if we could read them, we'd probably find them adorable.

Second, readers want a clear voice and being apologetic (for no real good reason) undermines your assertive point of view. You don't need to be defensive, unless you are making outlandish claims, we'll take your word on face value.

Third, it's really distracting for a writer to self-criticize when it isn't warranted. I am actually interested in reading about you but your apologetic asides are very conversational and were distracting from finding out what interests you about writing. Stay on point because blog posts are like short stories...eliminate any unnecessary commentary that doesn't further your argument or topic or isn't interesting from an artistic point of view (like a sumptuous description of your lunch!).

Good luck with your column. I'm sure it'll be great!

1) Yes, that is the name of the blog. I didn't name it, but I believe it is a combination of Blog and Block (for Writer's Block), though I'm not sure what happened to the apostrophe. I could be wrong about this.

2) BICHOK = Butt In Chair, Hands On Keyboard. Something I have to keep reminding myself to do. I'm sure I'll do a blog post on it. Most likely sooner than later.

Thanks for your feedback, it is appreciated.

new to your blogs. keep trying to make me laugh
mil

That's cool that you've been writing since you were a kid. Writing has a way of getting in your blood and growing on you. Once you start, stopping is difficult, even when it gets hard.