Does the Light Go Out? 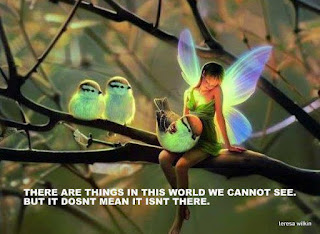 Do you remember the old debate about the refrigerator light? Does it really go out when you close the door? Another one in the same vein was, if a tree falls in the forest and there is nobody around to hear, does it make a sound?

In our world today, we seek after absolutes. Many of the philosophical debates are cast off in favor of logic. Yet, in the world where writers live, there is conjecture. We think of the tree falling. Not only does it make a sound for us, but also as a dying creature the tree screams as it falls. Then, after it hits the ground, it moans it’s last breath.

Of course the light stays on in the fridge. How else would the creatures see? I remember spending long hours as a child, on my belly staring into the blades of grass. In my imagination, I saw another world. Not unlike the big one I lived in. When I got older, I stopped thinking about the vast jungle in our front lawn and tried to delve into the mysteries of the female heart.

Trees falling and refrigerator lights were nothing as compared to the age-old question, does she? Or doesn’t she? Think of the man picking petals off a daisy, hoping to discover the answer.

Now, I’m older. I’m a writer with several stories in my computer and in my head. Some are finished books most are unfinished. While thinking about a character the other day, something sparked a new debate in my mind. What happens to my characters when I stop writing for the day? Like the refrigerator light, do they just turn off?

There was a character in the Star Trek the next Generation series who came back a couple of times. He was created when Data was playing Sherlock Holmes in the holodeck. Jordi who was playing Dr. Watson, asked the computer to create a mystery that Data couldn’t solve. The Computer created a Moriarity character who was aware. He knew who, and what, he was.

The problem arose, when the character came back and complained about the unbearable length of time he spent, waiting for someone to deal with his situation.

As a writer over the years, I’ve put aside many outlined stories in favor of another, more immediate story. I get back to most of them on occasion, but some of them have waited a long time. I’ve created characters that haven’t seen the limelight of being written about for years. Like Moriarity, do they feel the passage of time?

Of course, this is crazy, but I’m a writer, I deal in conjecture. Any writer will tell you their characters talk to them. Some of them even hijack a story. Do my characters get angry when I ignore them? What do you suppose would happen when the murderous antagonist from my old west story crossed over into my coming of age?
Sounds like good fodder for another project. The characters are already written.

Good luck with your writing---see you next week.
Posted by Keith N Fisher at 10:22 AM

It's okay for characters to hijack a story sometimes. I've got one that did that--he didn't take over the main romantic interest's place but he's going to get his own book.

I had a charachter take the entire book over and had to scrap it. LOL By the way the light does not stay on when you close the refigerator. We paid $200 in repairs for our fridge one day only to find out that the fridge wasn't keeping things cold because the light hadn't been shutting off. Well I guess you'd be right in saying it doesn't go off that time eh. LOL

My characters throw fits and walk out of my head on occasion. They complain when I don't write, they complain when I write what I want to happen in the story. They're a bunch of moody teenagers. They are definitely autonomous. Hoepfully my YA Mc starts to give me grief or I'm not going to finish the YA sci-fi/steampunk that my editor wants to see.