Last week I blogged on how writing is more a skill than a talent. Since it is a skill, it can be developed and improved. So the first advice on writing is, to me, the obvious one. YOU MUST WRITE! You must write often. I would even suggest that you must write daily! The more you write, the better your writing skill will become.

Every writer I've talked to has never just decided to sit down and start writing and have the outcome publishable. It comes with practice. Last week I had mentioned that there are writers I read and I think, "How did he/she get so good? I don't know if I could ever write this well." The truth: nobody makes me think this more than Brandon Sanderson, my favorite author. He amazes me! His writing seems to come so smoothly and so naturally. It blows my mind every time I read anything he has written. 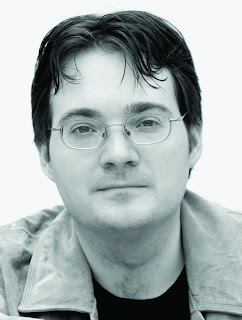 And he had to write twelve practice novels before he got published. TWELVE!!! That is a lot of practice!

I listen to his podcast, Writing Excuses (you do too, right?).  In one of the episodes from season 6 or 7 he had said something akin to: "No matter how bad you write now, it is no worst than my writing when I began." The writing excuses podcast is very motivating to me, but I think that statement alone was more motivating than anything else has has said.

He isn't the only one I've heard say this. I've heard it said DIRECTLY from certain people that you have to write often if you want to excel at writing. These include Orson Scott Card, Kevin J. Anderson, Brandon Sanderson, and others. I've read the same thing from some of the same authors above as well as another favorite author, Stephen King. It takes diligent practice and discipline to develop your writing skill.

I've heard several people say that you have to write ONE MILLION WORDS before you start writing publishable material. I don't know if that includes work Emails, blog posts, or writing outside your genre, but I believe they mean writing for writings sake and actually working to become a better writer. Of course, that million word rule isn't exact. I'm sure there is a lot of publishable works out there by people who have written less. If my math is correct, I think Brandon Sanderson at least doubled that before Elantris (his first published novel) was published. So I think the idea is that you need to write A LOT in order to write well enough to be published.

Until next week when we discuss Developing Your Writing Skill #2: Reading!
Posted by Unknown at 8:30 PM

Hey James, truer words have never been said when it comes to improving one's writing. I've certainly had to come a long way in developing good writing for my blog - and I still do everyday.

I would say that reading (a lot) has also helped my writing. It builds my intuition in word flow and understanding different writing styles.

Too right! This is one field where you can real all kinds of how-to books and take classes and conferences, but you only get good by doing. And doing lots of it.