More About What You Feel

I apologize for missing last week. A) Holiday through me off. B) Had a really difficult--well---about ten days worth of difficultness. (That's a real word in the "Big Book of T.J.'s Real Words".)

So, I like talking about how to incorporate what I know about a topic and putting it into a story. Today, I'm gonna talk about experiences that could be exploited (your own experiences exploited by you, not abusing friends here.)

Let's say I want to write about a character who has sever hydrophobia. But really, I don't suffer from this fear. 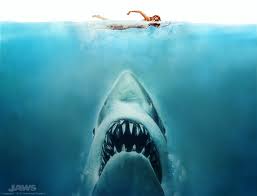 However, I have a pretty high acrophobia. 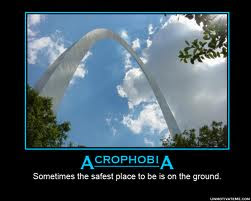 I can easily transfer the feelings and emotions I get when I'm at an uncomfortable height and place it on a character who has problems being in water.

To me, writing a book can be a lot like method acting. The base concept of method acting is to use personal experience to create a similar emotion. If you need to cry tears of sadness, find something sad from your past and recall that to pull off your emotion. But for book writing, you have to use words to define the emotion, not actions. To me, this is much more difficult.

A writer needs a proper blend of showing and telling. (Yes, there are appropriate places to tell and any author stating otherwise can argue with me later.) And with this blend, a writer needs his/her reader to feel the emotions. Let me point out a couple of writers who do this well.

J.K. Rowling: Yeah, as much as I was anti-Harry Potter for the first 5 books and 2 movies, nothing was cooler than seeing Hermione punch Draco. Not my point...squirrel...anyway...one thing Rowling did well was get me to feel what Harry was feeling. Now, as an audience, we're supposed to feel sorry for Hermione or proud for Ron or enmity toward Voldemort. But we're supposed to feel sorrow with Harry, joy with Harry, hatred with Harry. I've never been an orphan raised by his self-righteous aunt and uncle and overstuffed cousin. I've never lived under the stairs. But Rowling does a beautiful job of getting many people to feel the pains and sufferings and joys with Harry. 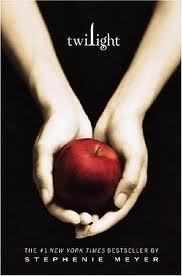 Stephenie Meyer: Have I read Twlight? Nope. Will I? I'm gonna go with "probably not", but in a few years when the hype is dead (or undead, whatever), then I may be interested in reading book 1 for her style and worldbuilding. Anyway, I know that Stephenie Meyer is one of the most hated authors in the U.S. Guess what. She's also one of the most beloved. Why? Because what teenaged girl (and "1985"-syndromed mom) who feels like she is plain and boring doesn't want 2 hot guys going after her? I'm gonna guess that less than 1%. She knew her audience. It's not me. 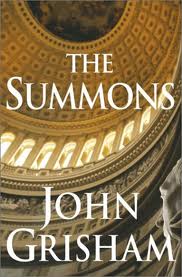 John Grisham: Wait, did I just mention a plot driven author? Yeah, I did. Grisham wrote classic page turners. The first book of his I read was The Brethren. I've read The Summons, The Firm, The Broker, and my personal favorite, The Street Lawyer. (There may be another one.) I'm going to look at The Summons here. Do you remember in school when they talk about the different styles of conflict? Let me refresh your memory. There's Man vs Man (most common). Man vs Nature (or Artificial Intelligence). Man vs Society. And The Summons' main conflict of Man vs Self. Now, people who know the ending (which I'll try not to spoil) may disagree. But when you really think about it, the main character's worst enemy in the book is himself. If he did the right thing to begin with, he wouldn't be on the run. He did what he thought was best for himself and screwed himself over because of it. And I felt the man's pain at ruining his own life and second guessing his choices. Grisham is plot-driven, but there are plenty of decent characters.

The point of this is I haven't any idea how the authors felt the emotions they portrayed. It doesn't matter since I did feel what was intended.

Alien abductions are involuntary, but probings are scheduled.