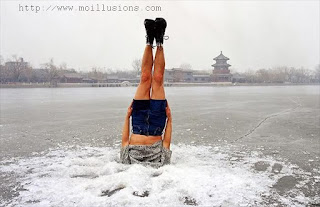 As Writers we pride ourselves on being able to suspend disbelief. If a reader can feel connected to it, no matter how far fetched the idea, we are successful. The problem we run into, especially with critique groups, is flawlessness. We aim for a perfect balance between facts and the worlds we create.

I’m sure you’ve read stories and been frustrated because someone kills a man with a pistol at three hundred yards. Also, when a character travels to your hometown and walks into a building that doesn’t exist. What about when a cell phone rings and the story is set in nineteen-seventy?

These things slow a story down because, readers try to fit facts into their own experience. Even though it’s fiction, they can’t stand to read inaccuracies. Readers know you can’t get seven shots from a gun that only holds six.

Creating a plot that will suspend disbelief is difficult. Doing it well, however, delivers the reader in the palm of your hand. I’ve heard that one of the most asked questions by visitors to Nauvoo, Illinois is “Where was the Steed home?” It must be very gratifying for Gerald R Lund, who created The Work and the Glory.

I am one of those who count shots while watching The Rifleman reruns. You see I know a Winchester 30-30 only holds eight rounds. I’ve written about getting facts straight and I continually add to my knowledge of real world facts. I agonize over plots when I have to send a character to a town I’ve never been to. I know that some reader will balk at my representation.

Facts are restricting, but a little knowledge is a dangerous thing. I had an experience while driving to work the other night that made me think.

I’ve always driven defensively. If a car stops suddenly, my instincts take over, and help me initiate a solution. I’ve hit the breaks and swerved before, but I never would’ve believed what happened the other night, would happen.

It was dark, and I'd just left the house. I hadn't buckled my seatbelt yet. I was traveling at thirty-five MPH. Suddenly, a dog was in front of me. At least I think it was a dog. There were kids on the sidewalk and I had a split second to avoid killing the dog. My reaction was to swerve, which I did.

The next thing I knew, I hit the passenger door with my shoulder and I watched my truck get closer to the parked cars on the other side of the street. Miraculously, we missed the cars. I slid over and took control again.

The feeling of being thrown into the passenger seat and watching my truck drive itself shook me. Until the other night, I would’ve scoffed at my story. I now, understand how so many people end up crossing the median and rolling their cars on the freeway.

You might be reading this with an insolent attitude, because you knew this could happen, but would you believe my story if I put in fiction? I wonder how many would. It’s hard for me to describe the feeling of being thrust into the mercy of centrifugal force. I was in an everyday situation, and I thought I had control.

The point I’m laboring over in my disjointed epistle, is consider the experience of your intended reader. Will they be able to suspend disbelief and accept your version of realty? Will inaccuracies creep in, taking them out of your story? Be careful with details like my almost accident. Most people would be able to place themselves into the story, but others might not accept it. Then, again, how do you know?

Good luck with your writing---see you next week.

Yeah, sometimes fiction had to be more real than reality, because some things that really happen you'd never get away with writing about in a book. =D