Getting A Boost at LTUE 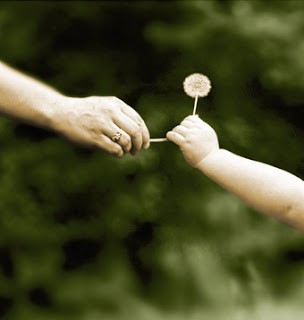 Good morning—It’s Saturday, and I’m at LTUE. I had to mortgage the farm to get here, but I’m here. With all the belt tightening we’ve had to do, I couldn’t afford it, but to tell the truth, I wasn’t sure I wanted to come.

It’s been hard to network with successful writers lately, and I just didn’t feel like it. I needed to get away, however, so I came.

It’s been great. I’ve seen presentations that reminded me why I started writing. There have been many fresh, new approaches to teaching the same techniques such as Deren Hansen’s, Verisimilitude, presentation. Look into it.

Last night I participated in Donna Milakovic’s, Professional Networking in the Publishing World, class. She reminded me of all the things I used to do, without thinking, to make friends and increase my network. I needed that class.

Through the weekend, I’ve been having discussions that bring an old debate back into my mind. So I resurrected an article I never posted.

Am I just being Lazy?

No, this Article doesn’t debate the best method. I lost that argument a long time ago. I’m convinced that some writers will do whatever it takes to get a quick buck, or launch a career. Even, if it hurts the industry in the long run. The genie is out of the bottle now. Book prices will never come up. No, this article isn’t going there.

When I started writing, before I got serious about it, the publishing world was a different place. Large houses were still taking submissions by the authors, although they preferred dealing with agents. Authors were reclusive types who didn’t do much self-promotion.

After getting serious about the craft, rejections began to pile up. Doubting myself was easy, but I knew if I could get published, validation would come. There were easy ways, during that time. They were called vanity press and subsidized publishing. The idea was to self publish your book. After all, if you believed in your story . . .

I never had that kind of money, and I held out for the publisher of my dreams. Several manuscripts, and many rejections later, I’m still waiting.

Many of my friends have gone the E-book route. Some of them do very well, even though they don’t make large amounts of cash. They saturate the market with books written by them. Members of my critique group try to persuade me to self publish, but I keep holding out.

Having a publisher can be like being under the wing of protection. It can also be aggravating. Self-publishers take all the risk and do all the work, but they don’t have to share the profit. Still, having a contract with a publisher says something about me. It says I’m good enough for traditional book selling. It also qualifies me for membership in certain author’s groups.

So, what do you think? Should I stop submitting and get all my books ready for self-publishing? I’m I just being lazy? It is easier to be rejected, than to push a book through from beginning to end. Marketing becomes your all-consuming pastime, but it’s the same with a traditional publisher. The days of the reclusive writer are over.

So, I sit at the edge of effectiveness. Many of my friends are passing me by. I need to get off my duff and write the cookbook.

LTUE 2013 has given me new hope. I have several stories almost ready for submission, one in critique group and another at the publisher. I’m on the brink of a promising career and my cookbook? It’s on the way.

Good luck with your writing—see you next week.
Posted by Keith N Fisher at 8:22 AM

Wow, sounds like the place to be for good info!

You are uniquely talented, Keith. You always have been. I believe in you. I know you'll be a success. You already are to me. As a writer. As a person. Especially as a friend. I adore you, you wonderful man. And I'm SO glad I got to see you this weekend. Wherever you go, whatever you decide, I'm behind you. Always.