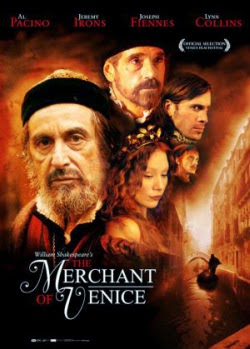 In one of my current works, my character learns a lesson from Shakespeare’s The Merchant of
Venice. My story is set between 1848 and 1860 and I wanted him to realize he made the wrong choice by leaving home and hearth to find gold in California.

Like everybody, my mind is a treasure trove of clichés, metaphors, and pieces of information. I knew the quote, or part of it anyway. I wasn’t sure where the reference came from, but I remembered, all that glitters is not gold. The title of my book is ALL That Glitters, but I admit, I’d never seen or read the play.

Consequently I did some research and read the quote in its entirety. I learned that Portia’s father left instructions in his will, and devised a test for those who would marry his daughter. Portia swore to honor his wishes, even though she hated the whole idea.

He left three caskets, (or locked chests) one, gold, one silver, one made of lead. The test was to choose the right chest. One of them held Portia’s likeness and her betrothal, the other two were counterfeits. In the play, the suitor must choose wisely. When the prince of Morroco chose the gold casket, he found a poem.

All that glisters is not gold;
Often have you heard that told:Many a man his life hath sold
But my outside to behold:
Gilded tombs do worms enfold.
Had you been as wise as bold,
Young in limbs, in judgement old
Your answer had not been inscroll'd
Fare you well, your suit is cold.
The Prince chose wrongly, and of course you know that glister is an old English word. By one dictionary account it means shine. Anyway, without going through the whole play, suffice it to say, I wanted to see it, and get a feel for what my character goes through during his epiphany. I checked out three video versions of the play from the library and took them home to do research.

I never knew The Merchant of Venice was the source of so much wisdom. Besides the glitters quote, I found others, like, If you prick us do we not bleed? And, The quality of mercy is not strained. There are more object lessons than I can use in one story, although my character can relate to them all. The examples of friendship, loyalty, true love, even the covenant of giving a ring to your loved one. I wish I could use the illustrations in other books, but I would be called a plagiarist, or a Shakespeare imitator.

While doing my research, I fell in love with the 2004 movie version. Al Pacino did a wonderful job of playing the Shylock character. I was blown away. Lynn Collins version of Portia was fantastic. I almost believed she was a boy while her character pretended to be a doctor of law. Earlier, as Portia proclaimed her love to Bassario, I believed that too. Later, the burning desire of a woman teaching her husband about commitment, touched me.

In the special features on the DVD, Pacino said he’d been approached for years to play Shylock, but, because of the anti-semitic over tones of the play, he never wanted to. The director of the 2004 version convinced him, and what a wonderful job they did together. If you haven’t seen the play, you should see that DVD first.

Anyway, now I must craft ways of quoting parts of the play without really quoting the words. My character will go through myriad emotions during the performance he saw in San Francisco. Thanks to Shakespeare, my plot unfolds in a natural way.

I love research, don’t you?