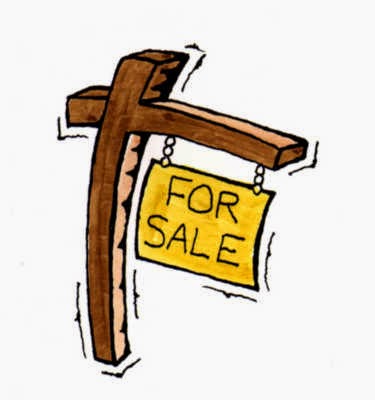 By Keith N FisherA few years ago, at the beginning of the e-book revolution, I attended a presentation designed to teach me how to market my books on the Internet. The presenter said something like the writing doesn’t matter. This is how to sell your books. I turned to my friend and said something about selling hand soap.

The question I had was, if the writing doesn’t matter, then why would people keep buying your books? In the past on this blog, I’ve belabored the need for editing. It’s true. A poorly written book turns reader’s hearts away from that author’s next book.

Nevertheless, it must be possible to market books like hand soap, because I heard that particular author’s books were hard to read. Still, he is a successful seller of his books. I suspect that over time, he has learned a few things. I hope he became a better writer.

So if I bind a stack of blank papers and called it a best seller, how many people would buy it? Especially if I priced it next to free? Many of you from the nineteen seventies will remember “The Pet Rock”. Yes it really was a plain old rock somebody cleaned up, packaged, and sold to the public. The thing that amazed me was people bought them.

Have you ever read Elmer Gantry? The image of a salesman who could sell refrigerators to Eskimos also comes to mind. Promotion and sales feed the fire, but is it really possible to sell books without substance?

I want to write a book that makes nonreaders want to read. Many people have criticized JK Rowling, for her writing. She sold Harry Potter because it happened to be the right story at the right time. It’s true, but I wish I were so lucky. She wrote the story that got people reading again. She will be forever linked to a revolution. Many people now, read who never did before.

If I wrote the next Harry Potter, do you think I would need to sell it for ninety-nine cents on the Internet? Maybe, but it would be a tragedy. The market, is what it is, but I remember a time when writers wrote in seclusion. Marketing was for publishers. Either a book sold or it didn’t. In that prehistoric time, hand soap was mass marketed, books were cherished. Good books were treasured. They’re called classics now.

Anyway, while I organize chapters, deal with characters, and try to correctly punctuate, I’m happy in my element. Its what I love to do. Selling my books is the point. Selling the author is necessary, but I can’t sell refrigerators to Eskimos. I have to provide value, I couldn’t live with myself, otherwise.


to sell your books. I turned to my friend and said something about selling hand soap.
Posted by Keith N Fisher at 3:00 AM