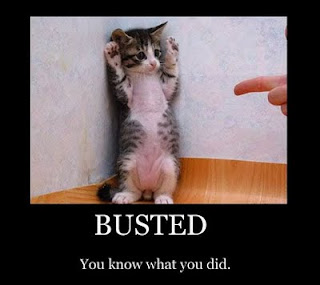 What is your pet peeve? A friend of mine has one that makes sense, but only when I ponder it. It might be a regional thing, but have you ever noticed how many people answer “Good” when asked, how they are? This bugs my friend because he didn’t ask about behavior, he asked about physical or mental well being. To say “I’m good” indicates lack of sin.

If I were to poll the responses to the question about peeves, I suppose a good portion of the answers would involve spam e-mail or something to do with automobile traffic. My latest peeve involves driving, or, more specifically, the road I travel twice a day.

For those of you familiar with Orem, Utah, you know there’s an interesting traffic situation at the corner of 1600 North and State Street. If you’re traveling south and wish to turn left at the light, there are two turning lanes.

The problem arises when the left lane disappears right after you turn. A car in that lane is forced to turn north or impose on the traffic in the right lane. To aggravate the situation, there is only one lane, and vehicles coming onto 1600 North at that point must yield to those cars traveling through. Many people don’t pay attention to the yield rule.

While ignoring a yield rule, ranks high on my peeve list, what really bothers me, is the turning lane off of State Street. Some drivers deliberately get around the line of cars in the right turning lane, waiting for the light to change. They think they’ve cleverly discovered a way of snaking a better position in traffic in a 35-mph zone where many cars travel 25.

Now, I can empathize with those who make the honest mistake. I’ve been there, done that, but it only takes one time, and you’ll never make that mistake again. It’s easy to see which ones know better, but choose to get into the left lane anyway. They line up like a dragster, hoping to beat the other car through the light. They shouldn’t have to worry however, since the arc of travel on the right is so wide, the left lane easily wins.

Okay, just like answering with “good” in my friend’s peeve, this is a little thing, but if I happen to get to the intersection first, my wait is longer. What makes the other driver think he has the right to circumvent the delay? Is he so arrogant that he assumes the law doesn’t apply to him?

Recently, I sat first in line, waiting for the light after work one morning. It seemed as though the light would never change, and I saw a truck in my rear view mirror. He pulled behind me, then made a quick lane change. At the line, he inched forward. I knew what would happen next.

My irritation rose, I plotted a very Un Christian like thing. When the light changed, I stepped on it. I made it through the arc trying to keep my speed, but in the end, his truck was more powerful than my mini-van. He floored it and left me in the dust.

I knew, that he knew, what he’d done because he quickly brought his speed up to 45-mph in order to get away from me. I know it was 45, because I was right behind him . . . uh maybe I shouldn’t tell you that.

Anyway, on the next block, he turned in front of a church. I shouted, “I hope you remember to tell your bishop about that maneuver!” Yes, I know he didn’t hear me. I also know, he’s already forgotten the incident. I’m glad for that, because it was stupid on my part. I need to take a deep breath and close my eyes . . . there, I feel myself letting go. Do you feel it, too?

So, what does this have to do with writing? Well, there are rules to follow in the craft of writing fiction. Rules that, perhaps, weren’t followed in previous generations of published books. If you break those rules, like my friend in the truck broke traffic rules, you might get away with it. Your manuscript could get published. You might even self-publish, but if the rules were broken, someone will notice. It will cheapen your writing, and it might carry into your brand.

Take time to learn the rules. Apply them in your work, and use an editor. Your book will be better. You will come through the traffic of literature looking like a professional instead of an arrogant rule breaker. As for my writing, I'm getting better, but I'm still learning. As for my road rage . . . well, I promise thats the last stupid thing I'll do, ever.

Good luck with your writing—see you next week.
Posted by Keith N Fisher at 2:31 PM

Nice post.
My pet peeve this morning is people who don't maintain their buildings.
Another - yes, I said "another" - one unexpectedly collapsed in our downtown this morning. That makes two in the last five years.
You literally can no longer walk the sidewalks without fear of a building falling on your head.

Nice blog by the way. My first time here. It won't be my last.

Remind me never to race you at a traffic light. =) Just kidding. Great points.