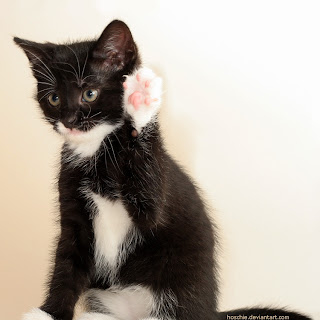 As Writers in the LDS market, we have obligations to write things that will pass through the censors of an LDS publisher. If we don’t, and it’s bad enough, said publisher will likely pass on our manuscript and we will be left unpublished. “Yes, of course,” you say. “That’s a given, but what about the national market?”

I think I can answer that question with a simple, its up to you. I came across a quote attributed to Jack London this week where he said, “I’ve never written a line I’d be ashamed for my young daughters to read, and I shall never write such a line.” Jack had socialist and racist views. He often wrote stories filled with descriptive violence, but he was proud of what he wrote.

As a writer, and a member of the LDS religion, I could amend London’s statement with, I will write nothing that will offend my ecclesiastical leaders. I guess it depends on your own conscience, and how many people know you are LDS, but it’s not about embarrassing the Church. As an LDS Writer, people expect certain things of you. If you don’t measure up, it speaks volumes about your character. Still, it truly is a gray area, subject to many opinions whether you write in the LDS market or not.

This became the subject for discussion one day while I talked with a couple of authors. Each one told similar stories. It seems that no matter how gingerly an author deals with an issue, there will be somebody who is offended by it. For evidence of this, look at the banning of Twilight from Deseret Book. Apparently, many people complained, and it was taken off the shelves. Stephanie Myers is LDS and she wrote the series she felt good about, yet somebody complained.

So, where do we draw the line? How do we keep readers from judging our work harshly? The short answer is we can’t. Like everything inherent in the Gospel, everyone is on a different track. If we write what we believe is clean, and we feel good about it, we’ve done our job. Our words are bound to affect someone for good. I’ve seen people change their lives for the better, because of something they read in an obscure book.

Good luck with your writing---see you next week.
Posted by Keith N Fisher at 2:41 AM

Great post - and I love the kitty cat picture. :)

A lot of truth in that, Keith. Though I might amend it to suggest that it could make a difference on which ecclesiastical leader.