Core Four (In My Viewpoint)

Again, I apologize for not posting in a while. Maybe that's expected. I have a million excuses, but in the end, no one really cares.

Today, I want to write about four basic elements to a story. For me, there are key elements that every book needs that some books out there are stronger at giving than others. I just want to point some out for you.

Conflict: Ever read "And they lived happily ever after. The end."? You know why there's no sequel? Cause there's no more conflict. I remember school giving different examples of conflict: Man vs Man; Man vs Self; Man vs Society/Gov't (which to me is a broader Man vs Man); Man vs Nature; Man vs Machine; and Man vs God. I'm sure there are more, but these are the ones I can recall

Man vs Man is probably the most common. A good example of Man vs Machine is I, Robot by Isaac Asimov. Never read it. Saw the movie though, so the conflict didn't change. The Hunger Games is a great Man vs Man, but really, the trilogy seems to be more Man vs Society/Gov't. But the first book I remember reading that wasn't Man vs Man was John Grisham's The Summons. 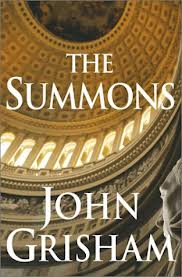 My wife and I have discussed this a few times. She's explained to how it's Man vs Man. And even though I can see why, I really see the main character's biggest enemy is himself. If he did the right thing to begin with, he wouldn't have been running for his life. Best example of Man vs Self that I've read.

Character: If you have a conflict, great. But you need the right characters. As it comes to reading a book that has strong character development and really gets into a character's head, I can think of none better then I Am Not a Serial Killer by Dan Wells. Maybe I haven't read enough books, but Dan's ability to let us deeply inside John Cleaver's mind, whether it scares us or not, is what makes him an award winning author. 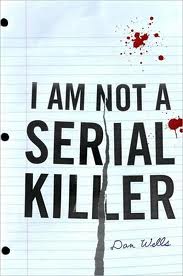 There are other great stories where we get into the character's mind and are able to really understand that character. Hunger Games and Harry Potter are good examples of a 1st person and 3rd person-close respectively that I see great character development.

Theme: Most my teachers: "What is the theme to this book?" Me: "(Some pseudo-moral)." Teacher: "That's a moral, not a theme." This is how my life has been and still is. But as I've read the Newport Ladies Book Club series (yes, I have done so and couldn't care less what you think), I've been understanding theme better.

After I read Olivia, which was probably a day or two after my wife finished it, we were discussing why she was dissatisfied. I actually really liked the story. I loved how Olivia realized the other characters weren't as perfect and wonderful as she'd projected onto them. And that was one of the main themes I've seen in the stories. There just isn't a way to know what's going on with a person's life when we're on the outside, that's more Olivia's theme. The books also have a theme of self-reliance. (Haven't read Athena yet, but this is true for the others.) Olivia, Daisy, and Paige have to learn how to be strong and independent with the cards that they've been dealt, so to speak. If not, their lives can be miserable and each is faced with that misery. (Moving on so I can keep my man card.)

Plot: Okay, plot was essential in the olden days. But today, it feels like the "what happens" falls lower on a priority list when I hear authors speak of different important aspects of a story. I love plot-based books. Personally, one of my all-time favorite books is And Then There Were None by Agatha Christie. 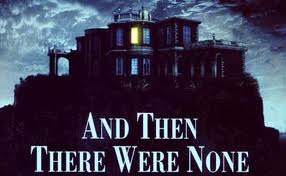 Yes, we do get inside the mind of a few of the characters, even so close to experience one of the character's deaths from their point of view. But the plot itself is what drives the story forward. The only thing the reader is supposed to care about in a book like this is "who did it?"

This is actually one of my favorite books ever. I have no idea why, but it's something that just has stuck with me after reading it years ago. The story goes from character and character. The reader has clues, but is always thrown off. But even the story itself tells the reader who did it, if the reader pays enough attention.

Anyway, when I start thinking about a story, I remind myself that even though I have plot points and characters, I need conflict and an overlying theme to make it a complete story. (Yeah, the theme sometimes comes in afterward.)

Alien abductions are involuntary, but probings are scheduled.
Posted by T.J. at 11:12 AM

Thanks, I am teaching myself as I teach first graders. Great insight from a man card.