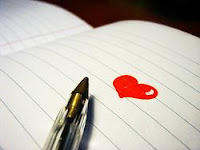 I've been writing about different types of media recently -- and it's affect on our society.  How we as writers are able to contribute to that affect.  My focus has been movies and television and books.

It occurred to me this week that there is also newspapers and magazines.  Whenever I think of newspapers, I picture Lois Lane from Superman, who was always looking for the story that would get her the Pulitzer Prize.  Remember the movie The Help?  The first job she got out of college was writing a cleaning column for the local newspaper to break into editing.

I want to talk about a different kind of writing.  The advise column.  I've written a story about a writer who does a dating column.  (it's not finished yet...lots of work yet to do, lol)  There was the famous one that died recently called Dear Abby.  Everyone knew about that column.

There's one that my daughter has been coming home with from college for the past couple of weeks.  It's a woman who pretty much gives her opinion on politics and life in general.  It's not an advice column, it's more an opinion column.

This past week she stated that she was part of the silent majority (minority).  It was a group that met and married their spouse before having sex and living together.  They haven't divorced.  That their children grew up and married and haven't divorced.  They pay for what they buy in cash or don't buy it.  They don't expect a handout, and they own a gun.

There are a great deal of this 'minority', but they don't speak out because their too busy living.

I think we as writers are part of that 'minority.'  There are a lot of us out there who want to write.  Every time you turn around you hear about someone that wants to write a novel, or a relative who is writing their life story, or such. (I have a sister that writes for her own enjoyment and never intends anyone else to see one word of it.  It's driving me crazy cause I want to read it!)  When someone becomes a published author, those who are thinking they want to write come out of the wood work and ask for all sorts of favors and advice.

Want to change the world?  Become a writer.  You'll start at the base and work to the top.  Just be careful if you choose to write for newspapers or magazines.  Journalism used to be a nice word.  Now I feel like it's becoming similar to lawyers.

We're the best.  We're the cream of the crop.  Just show the world.