Networking in the Park

Because of difficult circumstances for the past few years, I came up short when it came time to register for the LDStorymakers Writer’s Conference this year. I planned to cook a Dutch oven dinner to pay my way, but somebody beat me to the punch. They announced a get together pizza party on Thursday night before the conference.

After retracting my intention on Facebook, J Scott Savage suggested I cook breakfast on one of the days. I chose Thursday morning.

I planned to make three new dishes, along with one I’ve made for years, but settled for one. Everything turned out great and tasted delicious. As the time came and went, nobody came. I wondered what to do with the food when people began to arrive. I was relieved.

Those who came enjoyed Dutch toast, breakfast stacks, and fruit salad. I also made five gallons of TangÒ . Although, nobody left hungry, the food wasn’t the big story. Networking with my fellow writers was priceless. Even the kids had fun, and some of the writers set up a printer to make copies for the boot camp.

Everyone was pleased and I promised to do it again next year. Hopefully, I’ll be in a better financial position and offer breakfast for free. I hope the attached pictures will inspire you for next year. 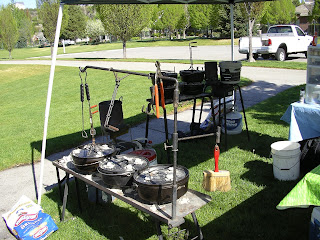 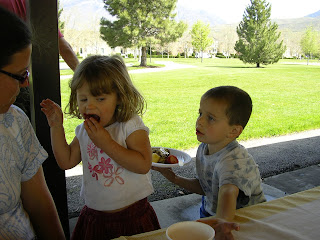 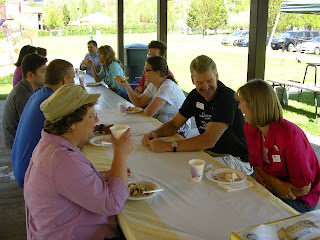 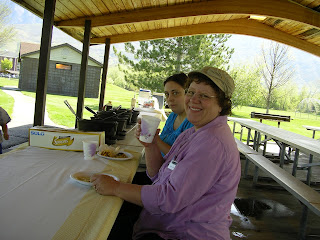 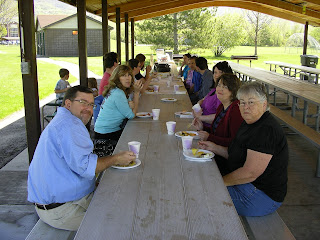