The Shear Unadulterated Joy of Getting Comments 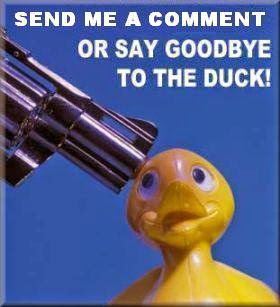 I’ve often said that comments on a blog post don’t really matter. I know people read the words on this blog, and that should be enough. Writing blog posts helps me practice the craft. Hopefully what I say won’t be too self-serving.

Some writers in the past wrote in journals for practice, and for the most part, the journals were never read. Mistakes were never noted. The writers just wrote to be writing and they got better in the process.

I used to say you need to comment to get comments. It’s the old I’ll do for you if you do for me, but I admit, I don’t comment very often. I read blogs, and just can’t think of anything clever to say. Or, I don’t have time, so I move on.

Recently, the subject of comments came up. The question was asked if we should think about retiring the Blogck. Over the past, almost, nine years, I often felt like I was writing in my journal, but there were other times when gracious words were left in comments, so I kept going.

I know we have readers here, and I thank you from the bottom of my heart. What do you think? Has the blog medium gone by the wayside? I know its not one the most popular ways to promote a career.

I have a friend who uses a blog to generate business. Her blog is very popular and people leave comments. She knows other bloggers who do what she does, and they have turned off the comment feature on their blog.

Are comments a measure of success? Beyond gratification, what does it matter? Will this post generate comments even though it was written on the fly, and it rambles on?

yes some comments do matter, save the duck, lol

I love getting comments but I'm bad at leaving them. I think with the rise in social media, people read fewer longer posts on blogs.

But I still try to visit those I like every once in awhile. Especially when they threaten to kill the duck.

I just recently discovered this blog and really enjoy it, so I'm hoping you don't fade away. Although comments are down on many blogs I follow as well as on my own, I don't believe fewer comments is a reason to close a blog, especially one that's been going for quite awhile and still serves a purpose.

Thank You Karen. You have once again, proven my point, that we are being read. good luck in your writing endeavors.