The other night I had the privilege of attending a concert given by one of my all-time favorite recording artists, John Mayer. This guy is a favorite of mine for several reasons. For one thing, music is his art, and his voice rings through with strength and purity. Another thing is that he’s amazing to see live, and downright inspiring.

It really says something about an artist when the economy is on a downward spiral and people are struggling to fill their gas tanks, yet his fans filled the amphitheater to overflowing.

Anyway, back to my point. John was on stage, playing his soul music for us—ripping on the guitar and stretching his voice in impossible ways—and when he stopped, the crowd roared their approval, as they did after every song. So John walks up to the mike, guitar in hand and says, “You know, I love playing for crowds like this one. You all make it so fun to be up here performing.” 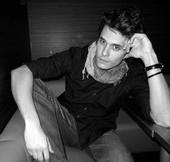 He stopped, taking a sip of his water, then turned back to the mike. “It’s this heady kind of power trip to know I can do or say just about anything. No matter what I do, you’ll cheer. Am I right?”

John leans into the mike. “Case in point. Ladies and Gentlemen, I’m running out of clean socks.”

Well, of course, the crowd cheers again. Wouldn’t you? I mean, come on, the guy’s been on the road for probably a month. But then he came back with a profound point that made me say to my husband, “I need to write that down.”

He said, “That’s the power my audience has given me. You have given me the power to play what I want, and write from my heart. I promise never to abuse that power. All I want to do is play my guitar.”

That sounded familiar to me. The trust of an audience is key to an artist’s success, and the same goes for writing. And once we develop that audience, we have to be careful about abusing the powers they have allowed us.

You see, ten years ago, John Mayer was the guy who put the actual black-movie tape in VHS tapes. He had no money, and struggled every day to hone his craft and write his music hoping that sometime in his future a recording studio would sign him. Then one day, it happened. Now, he has something like five (or six?) albums, a well-known name, his face gets plastered across gossip magazines every time he dates someone new, and his concerts sell out.

It is amazing what persistence can do.

In the words of the man himself:


The moral of the story is, keep writing, keep submitting, and keep trying. One of these days, if you want it bad enough, it will happen.
Posted by Nichole Giles at 12:31 AM

Sounds like he's been able to stay humble, which I love in celebrities who can remember their roots and don't let their success make them arrogant.

I just saw a music video he did on Bucket List...kind of fun. Really young looking...;)

Yes, he does seem humble. And he's inspiring because he just wants to be an artist, just like all of us writers.

He is young, Gaynell. Like, thirty I think. But amazingly talented.

Thanks for your comments.