The Patient Will Live 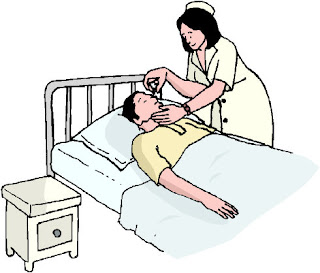 I performed major surgery this week. I administered anesthetic to my screaming baby, took a scalpel to it, and cut to the bone. After that, I planted the seeds for new growth.

Did you see the movie, Catch Me if you Can? It’s based on the true story of, Frank Abagnale Jr., a con man who forged different identities and occupations for himself. No, I’m not doing that.

Like G. Parker mentioned in her blog a couple of weeks ago, the surgery I performed was to a manuscript.

In the sequel to The Hillside, I’d written a great ending. There were, however, almost 100,000 words. Yes, that’s a little long for this type of book, but that’s not what bothered me. I’d written more plots and subplots than the story needed. I felt I should send my character to New York and I created a reason to get her there.

The story haunted me, and even though I’d written a great subplot, it was just too much. To make matters worse, I’d written a climax to part of the story, in the middle of the book. My critique group felt like that was an ending, but there was more. The other character needed resolution.

As a writer, you are the doctor, psychiatrist, parent, and mechanic for your manuscript. Don’t be afraid to shake it up.

All this talk about that movie, and performing functions I’m not trained for, made me think. Have you ever considered that as writers we are doing what Mr. Abagnale did? In our own small way, we live a little vicariously through our characters and we can be anything we want, even a villain. Perhaps that’s why I don’t write about murderers, I have no desire to understand that mind set.

Anyway, with a little research, our characters can be anything, from a doctor to a computer technician. As the creator, we can get a little taste of what it’s like.

In the case of the above-mentioned manuscript, I was benevolently cruel. It screamed and complained, but I offered comfort in my promise that I wouldn’t hurt it. Also, I saved the scenes I took out. Maybe I’ll take the advice of my critique group and turn it into a trilogy. Wouldn’t that be a hoot? Maybe, but I’ve got to finish the other story I’m writing first.

Good luck with your writing—see you next week.
Posted by Keith N Fisher at 2:54 PM

Congrats on your successful surgery!

So glad the patient made it through and that you're still doctoring away. I'm counting on seeing the finished product!!