Coming to a Close... 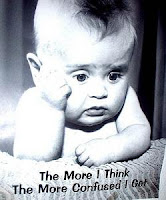 It's the middle of August, and the end of summer is looming.  I mean, big time.  Sigh.  And the return to school for offspring, work for me.  It's been a crazy short summer.  I've gotten some things done I really wanted to accomplish, but not nearly enough.  Fortunately, one of those things was writing!

I've gotten through two different stories in the rough draft form, and now have them being read.  It's progress, as far as I'm concerned.  I feel like a Back to the Future political commercial..."progress is our middle name..."

What is really interesting though, is how a story changes from the first time you write it and then go back to do revisions/editing.  I wrote a story several years ago and my critique group had pointed out issues with it, so I put it away for a while to work on other things.  I decided it really needed to be finished and sent out, so I pulled it out and dusted it off.  I was up till 12:30 last night reading through it and doing a quick edit.  It's taken most the week actually, but I couldn't stop last night till it was done.

Wow.  Big changes are needed.  All the main parts of the story are there, but they  need to be reordered.  That's going to be my challenge for the rest of the month, and trying to fit it in after I start work is the bigger challenge.

Plus, did I mention that I have a wedding coming up the first of October??  Yeah.  A daughter.  Getting married.  In my back yard.  In 6 weeks. Sigh. 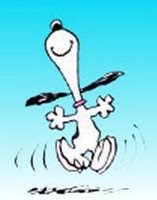 So, today is going to be a Last Friday of the Summer treat to myself.  You don't get very many of those days, and I probably take more than my fair share, but well, that's what I do.  ;)  Have a great weekend and get loads of writing done!
Posted by G. Parker at 11:38 AM

Time just goes by so much faster as we get older.