When the Whole World Goes Crazy 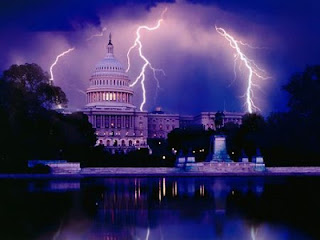 I had an idea for another, new book, the other day. It would be based on my observations of the current political climate in the USA. It would be a good story full of intrigue, but I won’t write it.

I added it to the list of books I’m going to hire someone else to write, someday, when I become famous, like James Patterson. I’m sure you know his prolific success has come because he drafts some of his stories and gives them to other people to write. It’s a great way for new authors to make a name for themselves. Patterson also benefits, because he shares his name, and makes a lot of money.

Anyway, I have a file of drafted novels I’ll never have time to write, so I’ll save them for when I’m famous.

As you might have noticed, I check Facebook a lot. For me, it’s a nice way to support my friends and family, and it entertains me. It’s also a great way to procrastinate writing, but lets not go there, right now.

You also might have noticed a slight depression in my attitude over the past year. I’ve been discouraged, and I couldn’t figure out why. Which, leads us to what my book idea and Facebook have in common. About six months ago, I realized to my horror that many of my good friends and family had succumbed to hate and negative comments originating from political points of view.

We, here at the Blogck, have managed to keep politics out of our blogs. We didn’t want to offend anyone and we don’t all agree. I’ve also been proud of some of my Facebook friends for taking the high road, but the hatred has been grating.

Now, the book idea: A while back, at the rise of a certain political movement I predicted a sad condition that would envelope our country and lead to a second civil war. I wondered how long it would take for conditions to degrade enough to make it happen.

During this last election, we’ve all noticed the polarization. Most of us, in our arrogance, have convinced ourselves that we are right. The attitude that followed was curiosity about the stupidity of our friends. Many became convinced that God was on their side in the fight. None of us, I assume, considered the effect we were having on ourselves. I noticed more negative mud slinging politics on Facebook, than came from all the superpacs combined. They don’t need to spend money on their ads. Status updates and rebuttal comments accomplish their goals much better.

For a while, right after the election, there seemed to be peace on the Internet. People were trying to move on with their lives. It was wonderful to read about cookie recipes and how many words were being written, but the hatred has begun again. Why can’t we realize that political opinions and agendas just aren’t important in the eternal scheme?

My book idea explores the beginning of the end. The time when the whole world goes crazy and the civil war begins. Then again, it might have already begun. I get depressed to think about it, therefore, I won’t write that book.

Good luck with your writing---see you next week.
Posted by Keith N Fisher at 5:48 AM

But if you wrote it, you could make it go the way you want, and that might be cool instead of depressing.