Saturday morning came and I had no article to post. Sunday Morning, I was exhausted, and still nothing. "But I’ve been sick all week," I said. The real problem is changing schedules, along with life adjustments.

I used to have a specific time on Thursday when I wrote my blog post. Then, I posted late Friday night. It was a schedule that worked, but things change. I haven’t had Thursdays off for awhile.

Some of my more conservative friends might be surprised to hear me say, change ain’t easy and sometimes it’s excruciating. We all know, however, true growth cannot happen without trials and the changes that come from them. So here I am on Sunday night, writing an article. 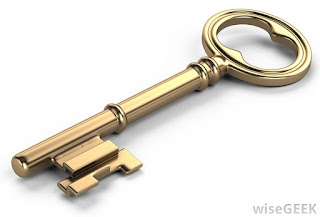 I noticed something at work the other day. Two women wore jewelry that included a skeleton key in the design. One was a real skeleton key, the other used the image of one. They brought back memories of my grandmother’s house. The old locks on her doors used skeleton keys. Some of the doors in my parent’s house had skeleton keys too.

The image brought back feelings and memories I hadn’t thought about in years. I remember when Grandma started locking her doors when she went away. Up until the 1970’s she never locked them. She hid a skeleton key on the back porch. Later she had the outside locks changed.

In my reverie, I realized the wealth of knowledge contained in my head. I can use my familiarity with those keys in my writing. I began to wonder what other objects would dredge up memories I could write about.

What objects do that for you?