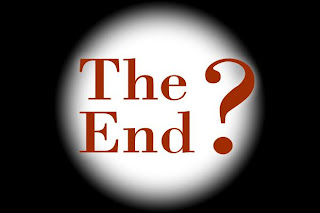 Because I write five page chapters, it took quite awhile to get, Star-crossed, through critique group. I took the last installment the other day, and I finished the group revisions this morning. I’m excited.

I love watching the reactions of my group when we come to the end. Some of them look pleased others not so much. Still others put on their poker face not wishing to offend. It’s like telling a joke and coming to the punch line. Jokes get laughs. Story’s get praise.

During the critique group process, I can’t wait to spring the surprise and wait for comments. It’s the moment of truth. Was I successful? Did the plot work? In Star-crossed, I wrote a love scene into the last chapter and got a thumbs-up from one member. Another one needed more buildup. In the end, I made it better in revision. Now I’m ready for beta readers.

Recently, in my blog post, I wrote about rewrites. I forgot to mention there is a difference between revising, rewriting, and editing. I’m enjoying a period of writing, when I’m doing all three on different projects. The differences are mostly in how much work is involved.

Revising is easy, because you have a guide to follow. Usually it’s a hard copy with red ink all over it. You look at the red marks and decide if you need to make a change or not. If your critique partner noticed grammatical errors, it’s easy to make those changes.

Editing can be a lot like that, except you also must restructure sentences and paragraphs to make it flow better. Deleting some of your precious words and phrases can be excruciating. Also during an edit, you must determine if your plot is sound, Are there holes where all the logic fell through? Or have you written something that seemed important at the time, but got left out later? Plot holes are usually hard to spot because the plot lives in the mind of the writer, but we sometimes forget to explain the details to the reader.

Rewriting is hardest, because you often have to delete whole chapters and multiple characters. I often think about the dark ages before computers. Hmmm. BC, Before Computers, get it? Anyway, I envision a writer during that time, taking several pages of manuscript and tossing them into the fireplace.

Now days in the AC, (after computer) . . . well it can’t all be cute. Today we can cut and paste. Hopefully you keep a file of takeouts, because you never know, you might want to put it back into your story. You might want to put it into another book. I’ve heard of writers taking characters out of one manuscript and using them in another. Keep a takeouts file.

For me, rewriting is a lot like writing a new story because I usually have an outline in my head. I know how the story will be from beginning to end. Everything else is just of means of getting there. When I rewrite, I’ve already written the story once, so I have an outline to follow. The temptation during the AC (after computer) is to capture and paste text from the first draft. Don’t do it.

Part of the reason for rewriting is the first draft didn’t work. You know where the story should go. Write it again. You’re probably a better writer now, and the story will turn out the way it should be.

A final note about rewriting, Some stories should just be allowed to die. If your plot isn’t making you excited, don’t be afraid to abandon the idea and start something new. Still, don’t give up until you write it to conclusion either. The joy/curse of being a writer is that you will always get new ideas. If one didn’t work, another will come along.

It appears your block is gone...