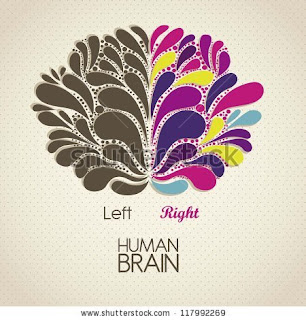 A mind is a terrible thing to waste.  Right?  Well, I've already confessed that I'm a procrastinator, have swiss cheese for a brain and get too wordy for my own good, so what else could be wrong?  Sometimes I have a hard time coming up with ideas of what to write about for this blog.  I admit it.  I'm not a walking encyclopedia of writing knowledge.  I was so impressed with Keith's blog a week or so ago where he mentioned he has a back log of articles ready to go.  I've only had that happen once or twice in the many years I've been a part of this blog.  I guess that's average...but I also think it's pathetic.

I've even asked for subject suggestions from the reader base, but those that read my blog days have apparently shrunk, so there hasn't been anything forthcoming.  I could take that as a hint, perhaps.  Maybe my years here as a writer have come to an end.  I will give it a thought over this next month and see how it feels.  It's actually been a source of pride for me, that I've been able to come up with something pretty much every week for years.  It may not always be inspiring, it may not always be the most witty or thought provoking, but at least I got something out there.

Which is kind of my subject for this week.  (I know - took me long enough.)  I've been writing some articles for a website that I might get paid for (which is part of my goal in life) and realized that sometimes what I think someone is wanting is not necessarily what they are really requesting.  I was writing an article about cost effective repairs for the home and got carried away with the whole gamut.  I had my daughter read through it, and she was like, "So, what was it you were supposed to write about?  Because that doesn't sound like the subject you gave me."

So, it's back to square one.  I'm used to that though, and generally I write it better the second time around.  I just wish I could get it right on the first try.  I've also done that when giving talks in church, but at least that's a little more forgiving.  ;)

So my point is that if you choose to try and do freelance writing where you are given a subject, be sure you are clear as to what they want and what the subject really is.  It will save you a lot of time in the long run, and hopefully any embarrassment.