Do Be Bo Be Doo

Years ago I saw this quote on a shirt, and I've been laughing about it ever since:

I've learned a lot of things over my ten+ years of attending writing conferences and agonizing over my desire to "be" a writer.  I could write pages and pages and never get through all the notes I've taken from fantastic teachers and workshops. But I think the most important thing I've learned is from observing this eclectic group of writers I've gotten to know over the years.

I have to agree with Socrates.  To DO is to BE.  If you want to "be" a writer, you can't just sit around and talk about it.  Yes, classes, workshops and conferences are well and good - (if Josi Kilpack or Jeff Savage are teaching, they might even be great!) but all the combined knowledge of the world's elite talents will come to nothing if that knowledge isn't put into action on your part.

I've had a few writers groups in my time, they are a very useful tool. Of them all, two in particular come to mind as I write this.

The first had only three members that attended. There were six of us at one point, but the only time we got all six into a room for a meeting, we spent an hour discussing Four, Five, and Sixes children.  Three talked a really good game, and could throw quotes out like the most learned professor - but she never actually wrote anything for us to read.

She didn't want to "do" the writing, she wanted to "be" a writer. It was like she expected some magic dust to settle upon her from Heaven, or Neverland, and suddenly she would be this great, famous, Pulitzer prize winning author.

The second group that jumps to center stage is a lovely group of people who I sincerely hope never read this - or at least don't recognize themselves here.

At least a dozen people were at every single meeting. Every meeting started with a potluck dinner, after which we settled into a crowded and comfy living room. Usually every single person had something to read to the group, and I thoroughly enjoyed listening to the readings.

The problem with it was, that's all it was.  Nobody really wanted critique of their writing, nor were they comfortable giving an honest critique to any of the others. The whole two hours was sort of a big pat-on-the-back session. They wanted to "do", but not to "be". They wrote for fun, or catharsis, or whatever reason they individually had, which is great, but not one of them really wanted to hone their craft into something publishable.

I didn't last long there. (When one of the ladies vehemently argued with me when I said Disney characters were not public domain and she would be sued for including them in her book, I decided it was time to go.)

So, where does this all put us? 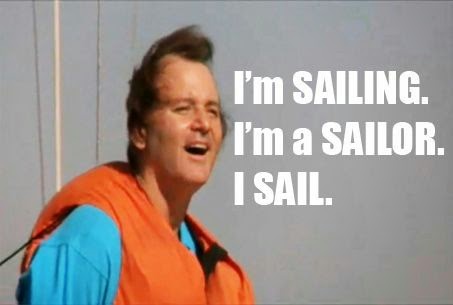 I want to "be" a writer. I want to "do" writing! I love the feeling of working hard on something and putting it out there for the world to enjoy. It's fan-blasted-tastic!

And sooner or later, I'll be there again!
Posted by Weston Elliott at 6:00 AM