7 Tips to Help Your Readers Find YOU - Karlene Browning 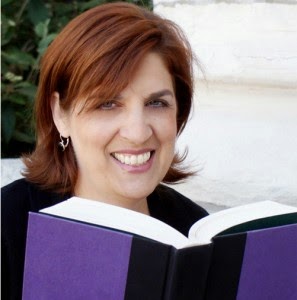 When you publish your first book, you aren’t just putting a story out there. You are launching a brand and an identity that will travel with you over the course of your writing career. If you do it right, it will help lead readers to you in a natural and organic fashion. If you do it wrong, it will confuse readers and they will get lost on their way to finding you.

While each of these tips has their own set of pros and cons, whys and wherefores, rules and reasons to break the rules, this quick tip list will help your readers find YOU when they’re looking for a good book to read.

1. Pick your name.
As your brand, your name needs to be unique enough to differentiate you from other authors with similar names. Do a Google search. If you happen to share a name with another author or a famous person, consider adding an initial, using a middle name, or using a less common pen name.

When a reader finds an author they like, they will Google the name on the cover of the book. You want them to find you online wherever you are. Whether you’re Jane Doe, Jane S. Doe, or Jane Smith Doe, that is your brand and you need to use it on every book cover and on all your online author accounts.

2. Claim your name.
Before your name is set in stone, make sure you can get it as a .com, a Google ID and gmail address, and on the social media platforms you prefer. You want identifiable and consistent name branding across as many platforms as possible.

Here again, Google is your friend. If the .com is taken, adjust your name until you find a variation you’re comfortable with, then grab the URL and social media account names as fast as you can. Even if you aren’t quite ready to publish, get them NOW!

3. Avoid too many pen names.
There are several valid and legitimate reasons for having multiple pen names. Just know that for each name, you start all over from scratch. You’ll need a website, social media accounts, and emails for each one. Is it worth it?

In most cases, differentiating genres is not a good reason to use a pen name. Readers usually find you through the genre they like best. If they like you, they will give your other genres a try. A good website will let them know what to expect in each genre.

4. Have a website.
You need an online presence with a permanent URL and an easily searchable website or blog.  (Facebook and Twitter are add-ons, not adequate author sites.)  Unless you know you are only going to write one book, your URL should be your name (see tips 1 & 2), not your book title. Not only will a website help people find you, but it gives them something to link to when they want to share your books with their friends.

While you can start with a free site, I recommend a hosted domain as soon as possible. Free sites can change policies or close down at any time. At the very least, point that URL from tip #2 to your free blog, and use that URL on business cards and book bios.

5. Post your books on your site.
You would think this is one of those “duh” statements but you would be surprised at how many author sites and blogs I go to that have absolutely no mention of their books. At all.

Somewhere on your site you need a tab or button that says BOOKS. A simple list of each book and series in suggested reading order is the minimum. Ideally, each book would have its own page with a large cover image, title, release date, publisher, ISBN #, genre category, description, and links to where the books can be purchased. Keep this info current!

6. You need an About Page.
Readers want to know who you are, not just what you write. A good website always has an About page with a photo, a short professional bio that bloggers and news media can use, and perhaps a longer bio just for fun. It also needs to include links to all of your active social media sites and a way to contact you.

Your photo should be a nice image that will clearly identify you everywhere. Use this same image on your Amazon, GoodReads, Facebook, Twitter, and all profiles where you are acting as your author identity. Even if you’re camera shy, you can come up with something.

This isn’t to say you can’t change it up sometimes, or use more casual photos on social media. The goal is to have your readers recognize you, no matter where they find you.

7. Email
You MUST have a way for people to contact you. I can’t tell you how many times I’ve tried to reach an author for an interview, presentation, or tell them they’ve won an award, only to discover there is no way to contact them.

As to the email address itself, no self-respecting author would use missfancypants@whatever.com. If at all possible, it should be your name as it appears on your books, JaneDoe@whatever.com.

Karlene Browning has worked in all aspects of the publishing industry since 1981. She currently freelances through LibrisPro.com (www.librispro.com ). She wrote the popular LDS Publisher blog (www.ldspublisher.com) for seven years. Now she runs NewLDSFiction.com (www.newldsfiction.com) where she spotlights new fiction releases by LDS authors.

This is very good advice for anyone starting out as an author (and good reminder for those who've been doing it for a while).
I've been in the situation of reading a great book and wanting to let the author know only to find out there's not way to contact her. So frustrating.

Great advice, Karleen. I guess it's time to get rid of the missfancypants email address. Sad day.

Also, that is the most awesome way to prove I'm not a robot. Other methods have left me in doubt of my humanity.

I'm always inspired by your insight and wisdom into all this stuff! You are awesome!

Excellent advice, Karlene! Thanks for saying what I was about to tell a friend. Now I will give her the link, instead. :-)