The Pen is Mightier Than the Sword Part 1

I think it's a strange coincidence that one of the biggest headlines in ten years has to do with racism, and hit the airwaves at exactly the time I am in the middle of reading Uncle Tom's Cabin. (If you are one of the blessed few who aren't aware of what I'm talking about, Google 'Univerity of Oklahoma'.)

But my post here has more to do with the book than with the news.

Uncle Tom's Cabin, written by Harriet Beecher Stowe, was, for it's time, an incendiary work of half-fiction. First published in 1852, seven years before the start of the Civil War, it paints a stark, imposing picture of what slavery really was.  In no uncertain terms, Ms. Stowe debunks every argument that was ever used to make slavery seem acceptable.

I could go into a long diatribe about slavery, racism, abolition and justice for all, but I'm not going to. I'm writing about my thème de la force, the writing itself.

First, let's have a look at Ms. Stowe, herself, so we have an idea about the person whom we are discussing. 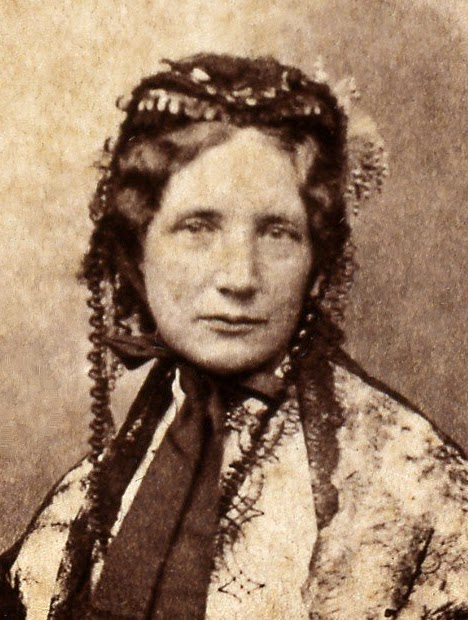 First let me say that Harriet Beecher Stowe has just become one of my greatest heroes of all time. That being said, let's turn to her book.

Uncle Tom's Cabin is not a work of perfection, far from it. The author breaks the fourth wall, to insert her own narrative and invectives into the story. The time frame between two separate plots going on at supposedly the same time, do not add up and would be impossible to relate to each other the way they do. It changes from past to present to future tense randomly for no apparent reason. The southern dialect was written so strongly that it was almost non-understandable in places, but then again, anyone whose been to the Deep South knows that this particular point isn't far from true. I swear they don't speak English down there sometimes.

But somehow, none of that mattered, because the strong points were so overbearingly good. So let's see what we can glean from it, as writers.

1. A fearless approach to the subject matter!  Ms. Stowe did not pull punches - ever!  At times, her own heartfelt emotion got the better of her and she launched into a no-holds-barred lecture on the evil and heartlessness of the topic. There was ugliness, but also great moments of beauty.

When the book wasn't condemning slavery, it was encouraging Christianity. And in this topic, there was beauty, but also great moments of ugliness.

All through the book were little paragraphs, each suited to it's own situation, to jab at the conscience of the reader. They did their job well.

If it had been only a Hungarian youth, now bravely defending in some mountain fastness the retreat of fugitives escaping from Austria into America, this would have been sublime heroism; but as it was a youth of African descent, defending the retreat of fugitives through America into Canada, of course we are too well instructed and patriotic to see any heroism in it; and if any of our readers do, they must do it on their own private responsibility. When despairing Hungarian fugitives make their way, against all the search-warrants and authorities of their lawful government, to America, press and political cabinet ring with applause and welcome. When despairing African fugitives do the same thing, - it is - what is it?


These two are to be sold tomorrow, in the same lot with the St. Clare servants; and the gentleman to whom they belong, and to whom the money for their sale is to be transmitted, is a member of a Christian church in New York, who will receive the money, and go thereafter to the sacrament of his Lord and theirs, and think no more of it.


2. Unflinchingly imperfect characters:  She never once needed to put in her own sermons, the characters in the story did it for her. She portrayed them as flawed human beings, even as they sought a better life. The characters in the story range from righteous and enduring Uncle Tom, the the hideous, filthy, lecherous Simon Legree, to an apathetic Master who would have freed his slaves but was too lazy to get around to it, to a loving and hopeful wife Chloe who was willing to work for years if that's what it took to buy her husband back.  A senator, who broke the law he had argued to pass when he was faced with a woman who needed his help. There was Cassy, a fine lady who had lost everything to slavery, including her mind, and Eliza, who ran across an entire river filled with pieces of ice to save her child. Some, including Eliza, are based on facts and are stronger for it.

3. Eloquence. Some of the language in Uncle Tom's Cabin is now considered unacceptable in modern society. However, in this instance we have to consider the time and place of the setting. The often used "n-word" is rampant, because when this was written it was in every day use, even in polite company. That is something we, in our enlightened age, will just have to overlook and go on.

The entire book communicated it's message very clearly, without ever resorting to a lewd scene. We got a good look at Simon Legree, and exactly what he bought his female slave for, in a few, very succinct lines:

"Well, my little dear," said he, turning to Emmeline, and laying his hand on her shoulder, "we're almost home!"

When Legree scolded and stormed, Emmeline was terrified; but when he laid his hand on her, and spoke as he now did, she felt as if she had rather he would strike her. The expression of his eyes made her soul sick, and her flesh creep. Involuntarily, she clung closer to the mulatto woman by her side, as if she were her mother.

"You didn't ever wear earrings," he said, taking hold of her small ear with his course fingers.

"No, Mas'r!" said Emmeline, trembling and looking down.

"Well, I'll give you a pair, when we get home, if you're a good girl. You needn't be so frightened; I don't mean to make you work very hard. You'll have fine times with me, and live like a lady - only be a good girl."

This scene does it's job spectacularly.  There is not a woman alive that can't feel a little sick at the thought of having a filthy, drunk man have that conversation with her. Anyone who has enough experience with the world to understand it will do so, without anything further needing to be said. And anyone too tender to understand the meaning behind the scene can remain so.

There are so many passages in this book that are worth quoting! So many sentiments from character and narrator deserve reading and rereading, there's not room to list them here.  My very favorite quote of all:

So much has been said and sung of beautiful young girls, why don't somebody wake up to the beauty of old women?

The "classics" are classic for a reason. They, for whatever reason, have stood the test of time to be loved by generations.  As writers, if we want to write something that will stand that same test, and be loved by readers a hundred or two hundred years from now, we ought to learn what lessons we can from them about what makes a book worthwhile!

Posted by Weston Elliott at 6:00 AM

I haven't read Uncle Tom's Cabin, but as you showed, it is clearly filled with lessons and memories that we shouldn't forget and that we need to take into account in our own lives and writing. Let's hope those words are not forgotten!